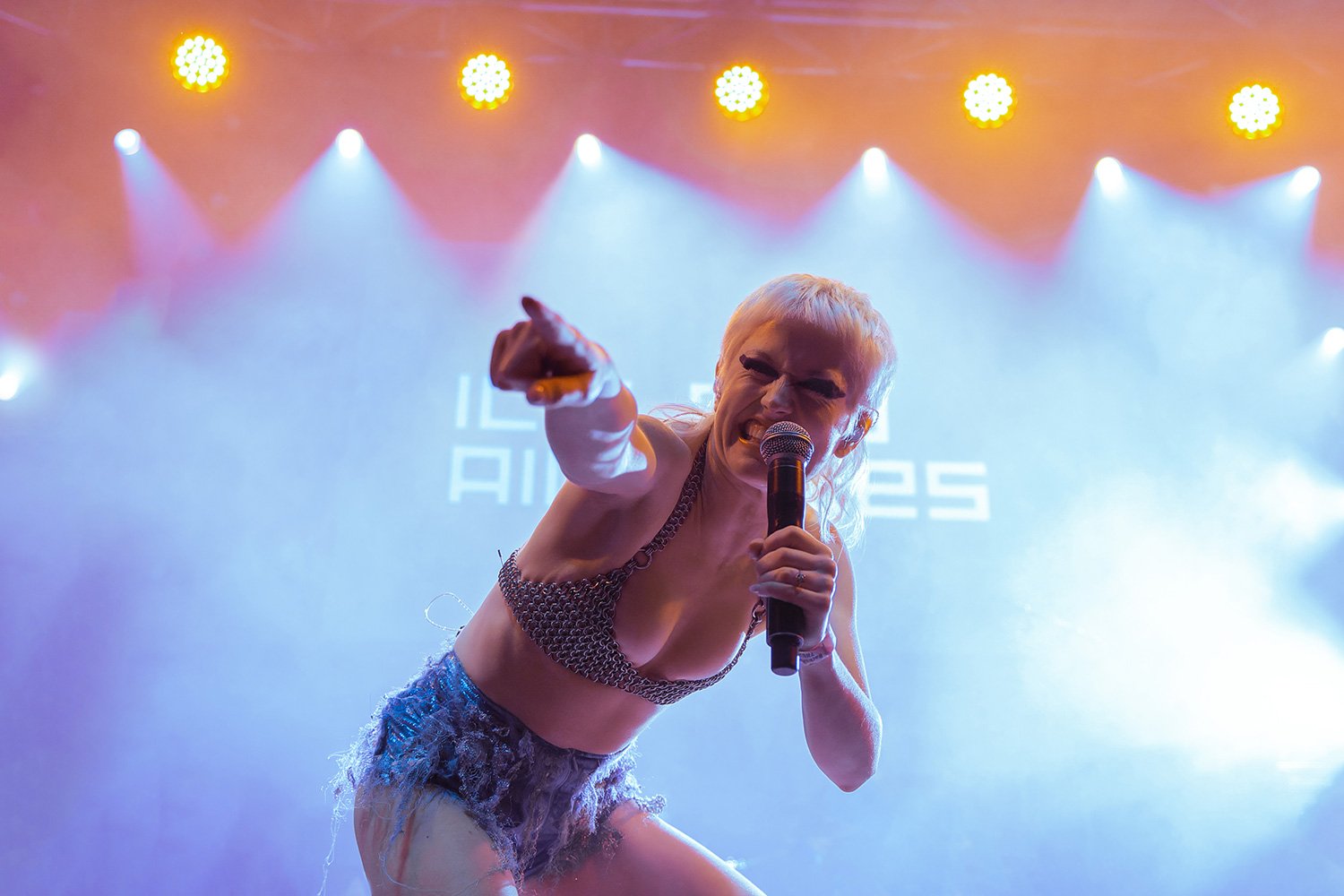 Iceland Airwaves 2022 is as genre-defying as it is fun

Conveniently placed just 1300km from the UK, Iceland is about as remote a location as you can get without stumbling into people on their way to the North Pole.

With this geographical isolation, it’s impressive that Iceland Airwaves, a multi-venue festival held every November in capital city Reykjavik, manages to be so international. This isn’t an event put on to tide locals through the cold, dark winter months, although we can confirm it is both cold and dark (so very cold and so very dark). Bands from across the world play in venues and bars to audiences filled with a mix of curious locals and committed tourists, and the snarling punk of Amyl & The Sniffers is as well received as the trap-influenced hip-hop of 18-year-old Faroese rapper Marius DC.

Speaking of Amyl & The Sniffers, they rip through their Thursday headline slot in the city’s main art gallery like they were born for it. Lead singer Amy Taylor stomps around stage as she belts out hit after hit, pausing between songs to compliment the quality of the Icelandic tap water and the energy of the crowd. Two albums in, the band have evolved from scrappy mullet-clad punk upstarts to something more nuanced. ‘I Got You’ and ‘Balaclava’ still feel like taking a brick to the head, but it’s on new album cut ‘Guided By Angels’ that everything really clicks into place.

Venue number two is in an old converted cinema down the road, just past the hot dog stand Bill Clinton once visited (yes, really). Inside, Canadian collective Crack Cloud are doing their best to see just how many people and instruments can fit on one stage. The harpist, in particular, must have had a hell of a time getting through customs, but the result is more than worth the hassle.

Kicking day two off with a bang, Kóboykex are the Faroese electro-cowboys you never knew you needed in your life. Lone rangers of the Faroese prairie (a place which we assume is just south of the salmon fishery), they’re exactly the kind of sideways booking that every festival should make, on the strength of their matching pastel-coloured cowboy suits alone.

From the eclectic to the massive, Metronomy draw by far the biggest crowd of the festival, with a queue that snakes so far back it’s a wonder people don’t give up and go for a hot dog instead. Inside, the crowd is one jumping mass of limbs, especially when the band dip into their back catalogue for timeless megahit ‘The Look’. It’s not all nostalgia though, with cuts from new album ‘Small World’ causing nearly as much movement as the classics.

Some lo-fi alt-pop from the Deep South of America welcomes in the weary on the festival’s final day, with certified online sensation Yot Club masterfully translating internet fame into mesmerising live music.

The main hall doesn’t stay tranquil for long, though, with Ukrainian almost-Eurovisioners Go_A whipping up a frenzy as soon as they step on stage. Booked to play Eurovision in 2020 before it was cancelled, their set is exactly the kind of over-the-top bombast that thrives at the song contest. Luckily this energy also goes down well in Iceland, and the crowd alternates between sweaty mosh-pits during songs and heartfelt cheers in between as Go_A deride Russia as a ‘terrorist state’. True to their message, information on how to donate to Ukrainian humanitarian causes is prominently located at every exit.

Mercury Prize-nominated Friends of the Magazine Porridge Radio are up next. Cuts from new album ‘Waterslide, Diving Board, Ladder to the Sky’ jostle against the well-worn favourites from their debut, but the mood throughout is emotional, expressive, and at times incredibly poignant.

In a similar vein is final headliner Arlo Parks’ set, especially as she pauses to tell the crowd that tonight is her final show of the year. The feeling is more one of a melancholy farewell than a celebratory party, but it’s no small feat to make a cavernous main stage show feel as beautifully intimate as Arlo does throughout.

Instead of winding down after the headliner finishes, it feels like the entirety of Iceland stuffs themselves into Húrra, a ramshackle bar hosting Icelandic pop / dance act Inspector Spacetime. There’s no light show and barely even a stage, but the entire venue dances like it’s 3am at Fabric on a Friday night. Their track ‘Dansa og Bánsa’ in particular is so catchy that we’re pretty sure people were still humming it on the flight back home.

Iceland Airwaves takes place in a country with geothermal springs, active volcanoes, and the Northern Lights. Despite this, it’s the music which is the real draw at a showcase festival which is as genre-defying as it is fun. Sure, the alcohol costs more than most terraced houses, but the lineup is great, the people are friendly, and the hot dogs are really, really, really good.

Dates for Iceland Airwaves 2023 have been announced, with the festival returning to Reykjavik 2nd-4th November. Limited Super Early Bird tickets for 2023 are also available here.