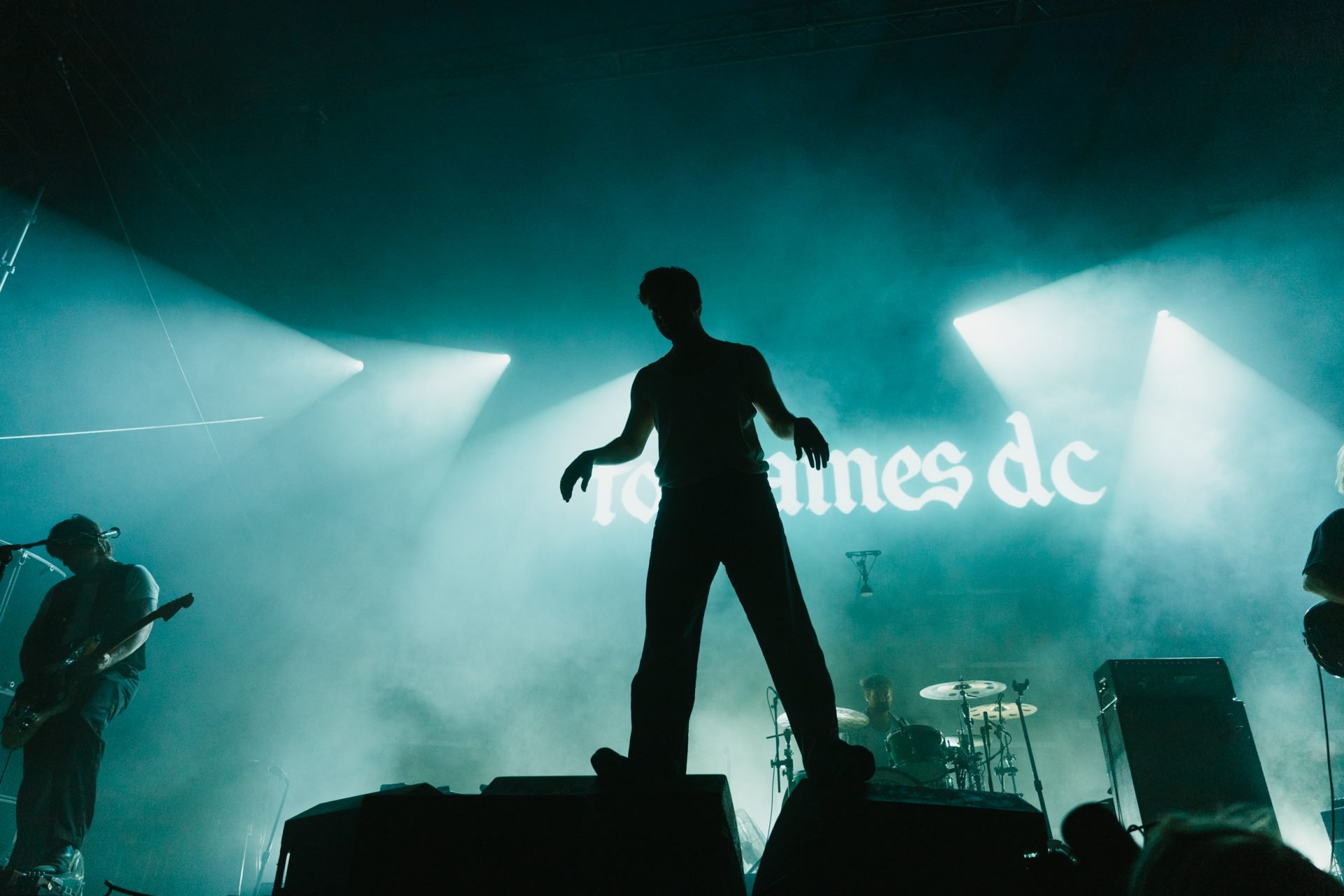 Fontaines D.C. set down a marker for their headline potential on the final day of Latitude 2022

It’s Sunday morning, and the hangovers are here, but Latitude doesn’t wait for anyone. There’s been a whole raft of new names testing their festival chops across the weekend, from Chilli Jesson to Prima Queen, and today is no different. The last hurrah of Latitude 2022 is full of artists making mighty stabs at intoxicating audiences with diverse approaches towards rousing Henham Park from its slumber.

Following arena support slots alongside Ed Sheeran and Maisie Peters, hopeless romantic Dylan is more than up to the task, opening up the Obelisk Arena with extravagant pop bangers. Recent single ‘Girl Of Your Dreams’ leaves an audience of keen supporters in awe, before briefly flexing her rock chops with a cover of ‘Paradise City’. ‘Someone Else’ speaks the universal language of heartache, while ‘No Romeo’ proves a popular declaration of self-worth. Dylan claims that her first ever gig was on the Latitude site, and she’s been coming here since she was nine years old; with a sold-out headline tour on the horizon, she’s more than paid her dues.

New York up-and-comers Been Stellar might be five fresh-faced twenty-somethings, but they possess a level of assuredness that can only be instilled on the hard-trodden streets of the Big Apple. The Strokes’ influence is interwoven with those from our side of the pond, with a post-punk flourish standing out when the coarseness of latest single, ‘My Honesty’, adds a raw appeal to the effortless vocal. Currently aligned with tastemaker label So Young, it’s easy to understand how Been Stellar’s potential was spotted from afar – they later offer up a second set to reinforce this, but 30 minutes do the job just fine.

The three-piece surrounding Matt Maltese ground themselves in sweet jazz, with a vocal to get lost in as it casts its gentle daze on the Sunrise Arena. ‘You Deserve An Oscar’ – one ballad of many – congratulates the listener just for being ok, an affirming ethos that permeates both Maltese’s entire third studio album and this set. Even a title like ‘Curl Up & Die’ is attached to a song about devotion. Before concluding with his biggest hit, ‘As The World Caves In’, Maltese admits that it’s a “doom and gloom ending for such a beautiful setting” while gesturing at the woods surrounding the populated tent. Still, gloom is the last thing on fans’ minds as it’s vacated.

Nilufer Yanya is marking her third outing at Latitude. With a new arsenal at her disposal thanks to recent album ‘PAINLESS’, it’s also a step above the rest. Capitalising on the album’s frustrated expression, it proves a pivotal moment for Nilufer – a swift but decisive upgrade. Cityscape sounds are established immediately with ‘midnight sun’ and flow all the way through to the dynamic ‘stabilise’.

piri & tommy‘s rattling reinterpretation of club culture takes a peek through the lens of Gen-Z dance. Whether it’s nostalgic or a world of discovery, they light up the Alcove, fleshing out each subgenre with their own self-produced contributions. The pair’s chemistry – creatively and otherwise – fuels a euphoric collaborative approach, particularly on ‘words’. The genuine naivety and optimism of ‘soft spot’ proves to be just the icing on the cake of future hits.

Aussies Lime Cordiale have been absent from British soil lately. Their generosity in presenting two sets isn’t entirely about appeasing the fans; the Leimbach brothers confess that their UK audiences are the most enthusiastic, and the joy their upbeat, noodling songs radiate is consequently doubled. If you need definitive proof, their midnight secret set is equally charming, with the added appearance of an inflatable kangaroo dangling on a stick. Their first UK festival shows, it’s obvious the band are leaning in a broader, more alternative direction.

Nova Twins sure have a lot to show off at their first Latitude, their older cuts spawning mosh pits and dust clouds the Alcove after a single track. It’s in 2022’s ‘Supernova’ that the real power lies, though. Songs like ‘K.M.B.’ push the genre boundaries, mixing innovative alt-rock with a knowing sense of fun.

From their first EP onwards, Nova Twins have defined themselves as a consistent force to be reckoned with, but now people are really starting to get on board. Amy Love splits the room for a shouting contest and then jumps into the resulting moshpit, while Georgia South’s groove tests bass face to its limits – together, they almost literally have the audience on its knees.

Three albums deep and post-punk ringleaders Fontaines D.C. feel like a band with serious momentum. With the fizzing energy of a new band but the back catalogue of established favourites, the urgency of third album ‘Skinty Fia’ signposts a watermark moment.

Mingled in with the rugged nature of ‘Dogrel’ and triumphant ‘A Hero’s Death’, Fontaines are now teeing up a discography that could soon be main stage headliner worthy. Grian Chatten’s steady drawl melds seamlessly into a soundscape dominated by screeching guitars, inflated further onstage to fill out the epic scope these songs demand. Even Grian himself needs time to tread the stage and soak it all up.

Their journey diverts through all eras. ‘Televised Mind’ leads to a complete rapture with flashing, floral staging to boot, ‘Boys In The Better Land’ is a prodigious encore moment, and ‘I Love You’ grants a fitting sense of closure. The growth Fontaines D.C. have felt since 2019 not only lights the way for the next wave. Give them another couple of years at this pace, and they’ll be ready for that final leap to the top.

Niall Horan will drop his new single ‘Heaven’ next month