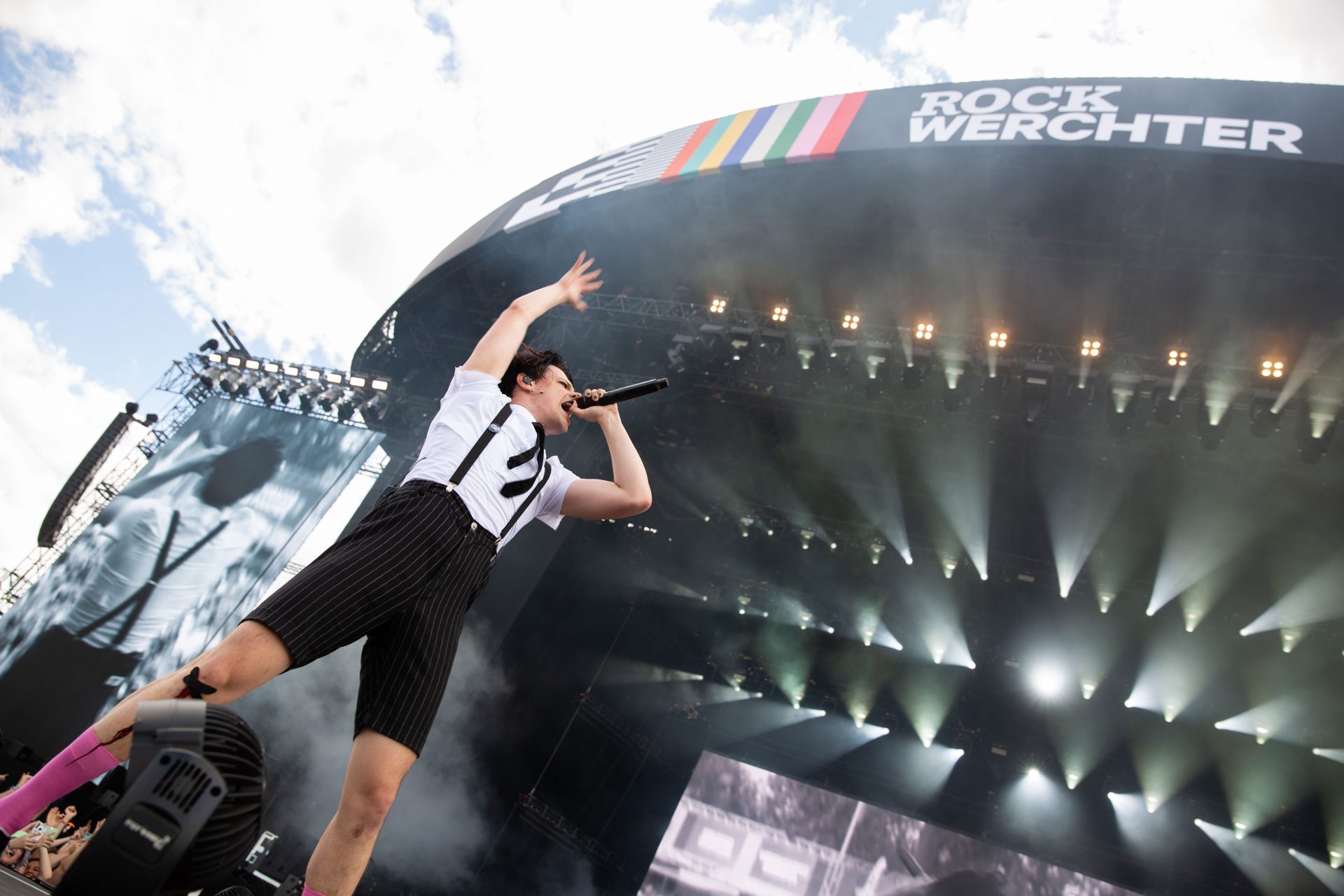 Boring Belgium? After a weekend at Rock Werchter, it’s hard to believe anywhere could be more exciting

It’s just a few days after Glastonbury, but time has no meaning during festival season anyway, and Dork has shrugged off the hangovers and comedowns, and arrived in a huge field 25 miles outside of Brussels. Forget all the Belgium cliches. Yes, they have lots of bicycles. Yes, the queue for the waffle stand is longer than at the bar. Yes, the beer is quite strong. But for four days, Rock Werchter makes Belgium the coolest and least boring place on earth.

It is a beast of a festival, with the kind of line-up that makes you squint at the poster and say, ‘Really, all that, for me?’ It is so stacked with talent and big names that even The Killers and Twenty One Pilots don’t make headline status, and bands that would easily sell out Brixton Academy are tucked away on opening slots or on the smallest stages.

It’s lower down the bill where things get really exciting. Where Metallica feel polished and practised to the nth degree, Måneskin exist on the absolute edge of total chaos and are all the more vital for it. Strutting and swaggering with the confidence of a band knowing it is their time, Damiano David already makes a rock star for the ages, while Victoria De Angelis and Thomas Raggi continually hype the already-amped up crowd up to new heights. There is no more exciting sight in music right now, and when Damiano sings of ‘my generation’ it is a less a hoary old Who cover and more a statement of fact. Immediately followed on the main stage by YUNGBLUD, it is the kind of devastating 1-2 punch to the chin of Traditional Rock Music that we have been crying out for at UK festivals for so long.

Dom Harrison is at his usual levels of 125% chaos, leaving one punter in a heavy metal t-shirt musing afterwards, “We don’t usually have stuff like that here. But I… think I like it?” Later that same night, Twenty One Pilots are the next to cast off safety and consistency for something altogether more exciting. An entire festival field is permanently scarred with second-hand fear by Tyler Joseph climbing up untethered to PRETTY MUCH THE ACTUAL TOP OF THE FESTIVAL STAGE at the climax to ‘Car Radio’. Standing on top of the lighting rig about 30 metres up staring down at the rest of the world, you couldn’t find a more accurate reflection on where Tyler and Josh find themselves these days.

Elsewhere, highlights are as stacked as you’d imagine with a bill like this. Lewis Capaldi wanders around Metallica’s stage circle during his set, apologising to the bemused metalheads for not having any new music to play them because he was too busy masturbating over lockdown. KennyHoopla masterfully and single-handedly catches a waffle thrown at him mid-song across one of the most frenzied moshpits of the weekend. Turnstile have A Big Moment with their sudden promotion to Main Stage, proving their hardcore punk sound translates to the (literally) biggest stages with ease. Phoebe Bridgers makes everyone within a one-mile radius cry. Haim and girl in red supply enough electricity and energy with their performances to supply most of the continent for a good month or so.

As a festival that manages to find a subtle balance between monster-sized big ticket acts, and the next generation waiting in the wings to replace them, Rock Werchter takes some beating. We told you Belgium wasn’t boring.