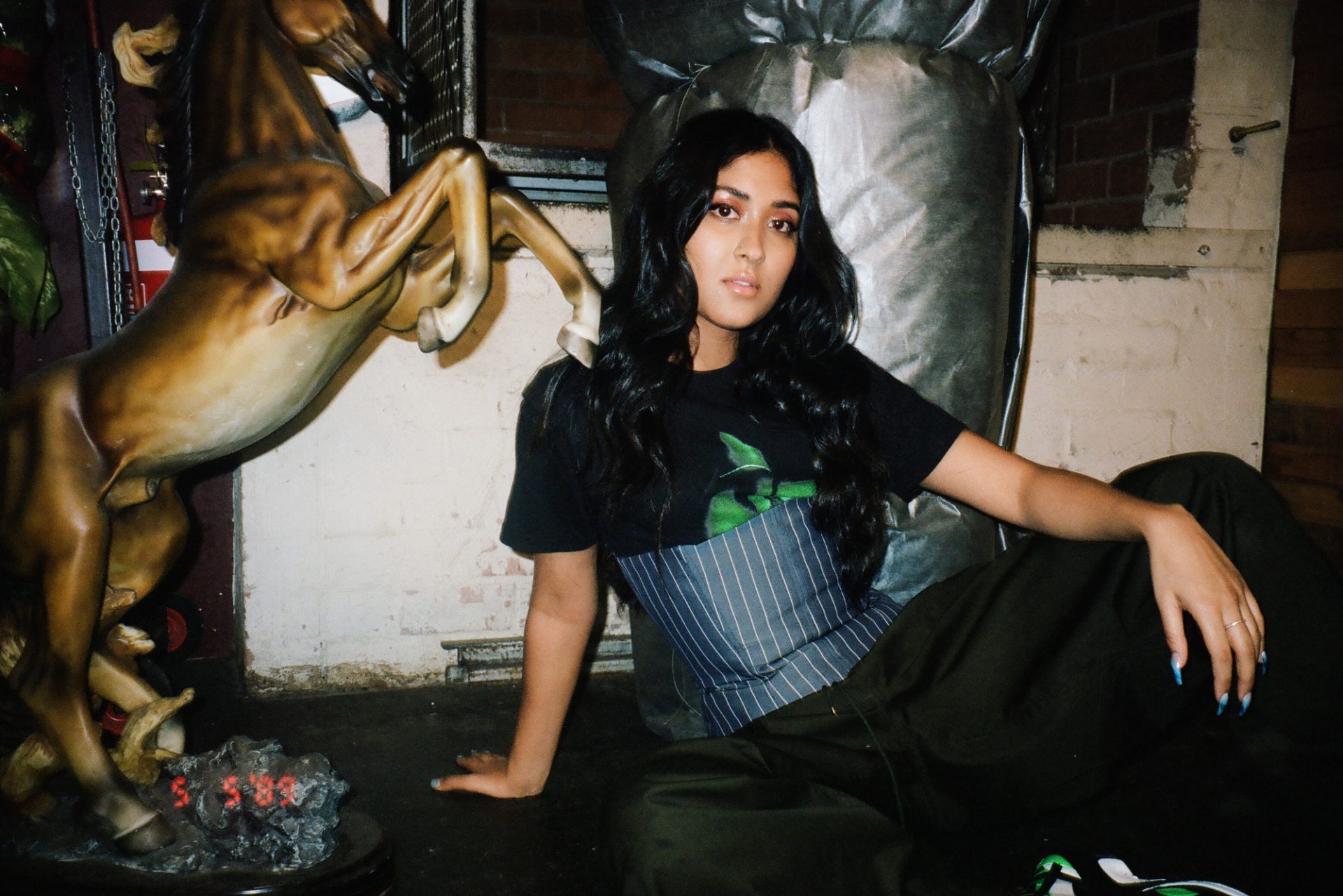 ASHWARYA: “I don’t know what pop music is anymore”

Indian-born, Aussie-raised and already blazing a trail of five star singles, ASHWARYA is one of the buzziest new acts around.

In amongst the overwhelming swarm of new pop artists arriving in 2021, trying to stand out can be an intimidating prospect. But, it’s not a problem faced by ASHWARYA, an Indian-born and Aussie-raised star in the making who has captured the hearts of many with her dark and twisted hyper-pop anthems. In the wake of her EP debut, she chats to Dork from her bedroom about creating art in lockdown, her varied influences, and, of course, her unbridled ambition to simultaneously supply comfort and surprise on a global scale.

A big goal of your music is to connect with people – do you feel like you’ve been able to do that online?
Absolutely. Before releasing music, I never really understood the impact that it can have on people and how they perceive it in their own way. It was only after songs like ‘BIRYANI’, after which I got SO many DMs, that it hit me. In an ideal world, we’d play and meet live and connect through conversation, which obviously wasn’t an option at the time. I had so many messages from people of colour and South Asians, and as someone who is passionate about seeing representation, it completely changing my perspective on the impact music can have. Especially when someone that looks like me puts out a bilingual song with Hindi in it that talks about ‘Biryani’ – it’s amazing.

When did pop come into your life, and why did you lean into that genre?
I listened to old 80s Bollywood music growing up, then I was introduced to the ‘So Fresh’ CDs, and I would buy them every month. They always had a fresh tracklist of pop, R&B, hip-hop; all the popular tracks at the time. I was OBSESSED with Rihanna after that. I got on that stuff early on.
I didn’t like singing in choirs because we would just sing classical music all the time, although it did help me and probably gave me a subconsciously different outlook on the music I make. I liked doing open mics because I could do my own thing.

Is pop as a label correct?
I don’t know what pop music is anymore because if you look at a playlist, it’s always so diverse. A song that used to be country is now pop; a song that used to be hip-hop is now pop. To label my music pop is a fair call, I guess, because it just means popular music, so I’ll take that! The sound that I’ve explored so far is just a culmination of everything I grew up with and everything that was around me; I create music in a very improvisational way, so it’s very much what hits in that moment. It’s not a planned or formulaic method of songwriting at all.

You’ve been compared with Billie Eilish a lot – do you think that’s accurate?
I think the comparison to Billie Eilish is very humbling because she’s incredible. If anyone right now is making pop melodies but mixing it up with the elements of the song, like doing some crazy boundary-pushing and abnormal stuff, there’s always going to be a comparison there.

Does ‘PSYCHO HOLE’’s darkness reflect how you felt at that time, and do you think having internal struggle is beneficial to creating art?
‘PSYCHO HOLE’ is the manifestation of going through anxiety, and although people perceive music differently, the lyrics really speak for themselves: “Oh tell me why you keep on creeping up on me, I can’t shake this feeling I can barely breathe.” It’s like this darker version of yourself keeps trying to take over, and that’s the concept of the song. Everyone can perceive it differently; it could be some other part of you that you want to get rid of.
I naturally and subconsciously put a more empowering spin on the way I’m feeling. The chorus is more uplifting as opposed to the twisted verse. It’s not avoiding how I’m feeling, but it’s looking for how I can get out of those dark situations.

Do you find it easy to be positive in bad situations like that?
I think we all long to feel a certain way – it’s easier said than done, and we do sometimes fall into a spiral, but I at least feel like I miss better times. We all want to escape those low points. I don’t think you need to always make a happy song in those dark places; as long as you’re honest, I think that’s more important.

In your Fortnite collaboration recently, you wore a lobster outfit, which definitely got a reaction – are you into video games?
Yes, I’ve been trying for months to get a PS5, and it’s really annoying. I grew up with a Nintendo DS and a Wii, and I also had the Gameboy. I played PlayStation as well, so yeah, a true gamer girl. Basically, that collaboration opened my eyes to the gaming world again; I played the new Spider-Man game on the PS5!
Gaming and music is something I find really interesting because there’s so much to do with music in a game, but I don’t think those worlds have collided as much as they should. Artists can go into a gaming space as their avatars and interact with people now; I could wear that lobster suit, and other people can click on that and wear it too; that’s so fun!

If you could have one of your songs in any video game, which would it be?
Quite an old-school pick, but I’d have to go with Mario. Can you imagine ‘PSYCHO HOLE’ in Mario? If he goes from the Mushroom Kingdom to a castle level, it would work with the tempo changes; I can so see that working.

What overall impression do you want to make with the ‘Nocturnal Hours’ EP?
I want it to be a little lolly bag where people can pick and choose what they like. It’s a very diverse and varied EP with a ballad, some hard-core psychedelic vibes; people can decide what they like and what they don’t – if they enjoy it all, that’s amazing, but I hope there’s really something for everyone there. There are many facets to every human being, so I just wanted to express a few different aspects of who I am.

Taken from the June 2021 edition of Dork, out now. ASHWARYA’s debut EP ‘Nocturnal Hours’ is out 10th June.