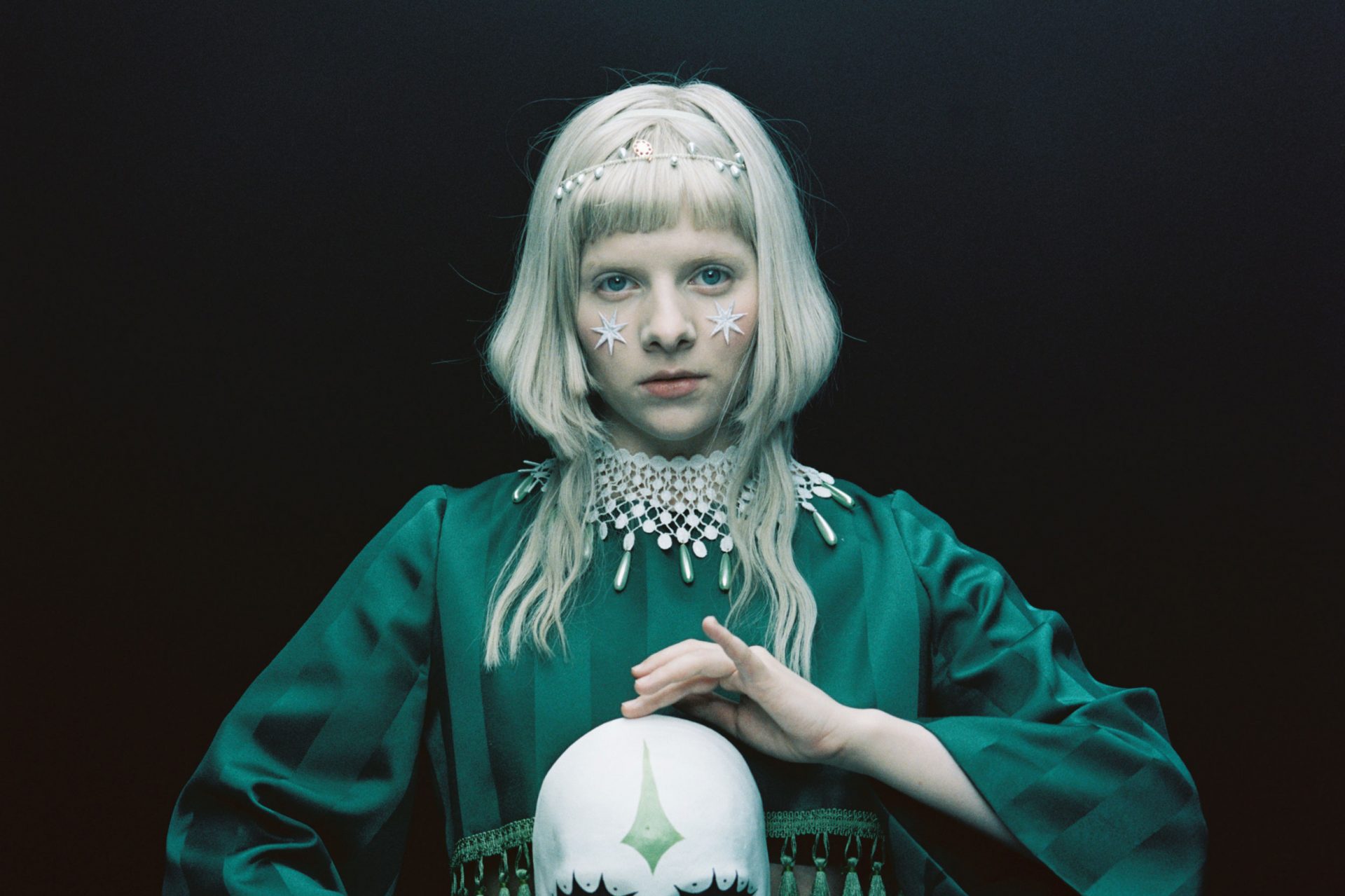 Aurora: “People attack people that are different so quickly”

With a new megabop ‘Cure For Me’, and the required TikTok buzz already going off, AURORA is back on a charge. We dropped her a line for a quick catch up.

Aurora has paid a few visits to the world of mainstream media so far. You might know her from John Lewis Christmas advert, feature on ‘Into The Unknown’ for Frozen II or, most recently, ‘Runaway’ challenge where people would pose against a starry sky to the sound of her, now trending, song.

“I know for sure that ‘Runway’ can be a very good friend in times of need. It has been to me, and it’s always been nice for me to sing that on stage throughout my years of touring because it always brought me comfort,” she says.

Still, Aurora’s much more than your everyday social media sensation; she’s a soul-touching, 25-year-old Norwegian musician with an international cult following. Ever since the 2016 debut album ‘All My Demons Greeting Me As A Friend’, like an empress, she’s been calling on with an ethereal voice all the outcasts to join her queendom. It’s a sanctuary ruled by the laws of magic and build on the solid soils of equality. Who wouldn’t want in?

“I go very deep within myself when I write songs, and I feel like that place I go to could be a magical world. I’ve always felt like I want music to be a way for us to face ourselves and our emotions,” she shares. “I try to make sure that people can disappear into this other place, and it’s a bit better than this world. I feel like it’s important for us sometimes to dream ourselves away and just be safe for a little while before we go back to the real world.”

The real world can be a scary place, especially if you feel like you don’t belong anywhere in particular. That’s why Aurora is making her grand comeback with ‘Cure For Me’, a new single that’s a playful spin on a very serious subject. “Inspiration for the song was mainly the countries where they can still do conversion therapy for gay people. I was just imagining how it must feel to be brought into place and be told that what you are is wrong and you need to be cured of it. Cured of your love. I thought how insanely helpless you must feel and how horrible it is and everything in the world that makes us believe that there’s something wrong with us,” she comments.

Aurora dug deep into society’s perverted psyche, trying to understand our tendency to undermine ourselves and question reality based on archaic views that never served us right. ‘Cure For Me’ is a declaration of independence from that cracked cycle. “It’s a celebration of everyone that’s been told that there’s something wrong with them. Nothing is wrong with us, and we should just embrace ourselves and let ourselves be. People attack people that are different so quickly. It’s a celebration anthem to reassure yourself that you’re fine,” she confides.

Though the single came to life two years ago, in the midst of touring, the time for it to be out is now, when every day can feel like we’re on the verge of some new catastrophe. “It’s a very fun song, and it’s very playful because we need it. I think we need it, the playfulness,” Aurora says.

After spending what was like a lifetime away, gracing international stages, Aurora felt a sense of relief finally being able to hide away in the cold cosiness of her Norwegian hometown. Surrounded by nature, closest family, books and art, she contemplated the meaning of broadly-defined existence and everyday hassles. “It made me thinking how much work we have to do, and it had also reminded me how strange this world is and how many things don’t really matter,” she says. That strangeness is a motif often underlining her music as it was from another universe. A universe where you can run with the wolves and dance on the moon. Entry fee is a small amount of child-like naivety and a strong desire to believe.

Asked what would she would do wielding any magic power she wishes, Aurora says: “Go back in history and prevent the fact that Europe took all the resources from Africa. Just prevent all of the things that made the world as it is today. People are at war and starving because many, many years ago, other countries took everything they had, so they were left with nothing. If people can just stop being hungry for more when they more than enough or they have enough because so many people have nothing. It should be a simple thing to fix. I don’t understand why some people need to have everything.”

As exciting it is to be one of the most interesting, and successful, voices on the alternative music scene, standing in the spotlight can be tiring after a while. That’s why, whenever in need of a recharge and a slight shift of perspective, Aurora confides in nature. She’s lucky enough to see mountains from her Bergan apartment. “Nature keeps me very inspired because I love her, and also, she’s in pain. She’s given us so much, and she’s so diverse. Multi-diverse. She’s beautiful, dangerous and sensitive. It’s very inspiring for me to think about Mother Earth and all of her powers. Her hardness and softness. It’s very spiritual and magical for me. Like music.”

While Aurora’s magic is sourced somewhere out-of-this-world, she doesn’t want to keep it locked there. The goal has always been to share it with anyone who might need it as much as she does. Her tribe of daydreamers stays grounded to reality and ready to stand up against any inequalities and insensitivities of this era.

“I’m very inspired by people around me because people are going through so many things, and they all think that they’re alone when in reality there are so many people going through exactly the same. We can just speak about it, and we don’t. That’s very fascinating to me how scared we are of opening up,” she shares. If Aurora says so, maybe we shouldn’t run away anymore. Following her lead, let’s learn how to open our hearts to each other. Even if only a little bit.

Taken from the August 2021 edition of Dork, out now.  Aurora will tour the UK from 27th March.