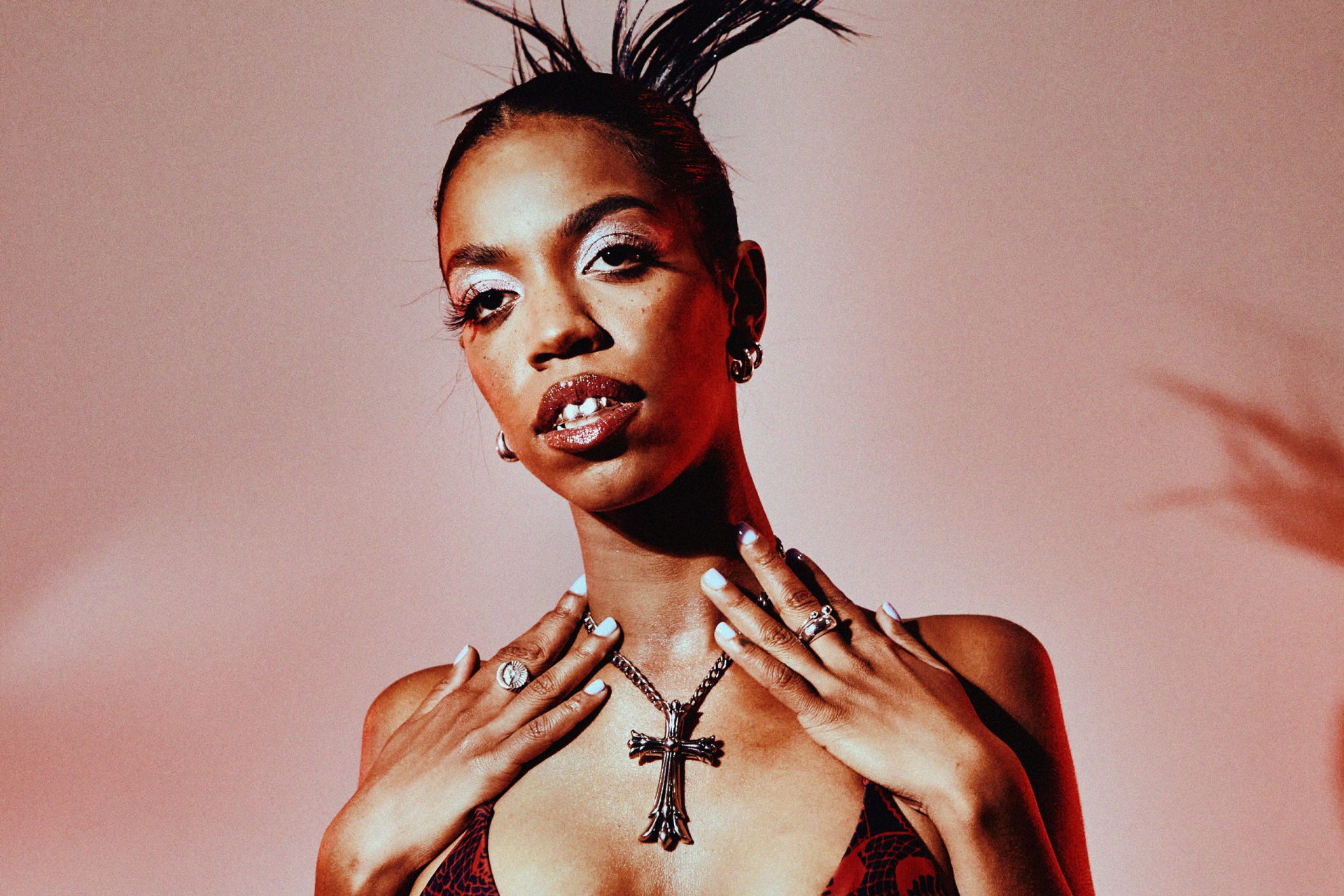 Bayli: “There were definitely struggles, but I still have a very optimistic viewpoint”

New York popster Bayli is out to change the status quo.

Climbing the ranks of the new pop revolution leaderboard is Bayli – a New York-born and bred pop icon in waiting. Boasting co-signs from Shygirl, Mura Masa and the late great Sophie, her first EP ‘Stories From New York’ gave us an insight into her pre-pandemic life in the big city. We catch Bayli for a chat between her first UK tour and the release of follow-up EP ‘Stories 2’, the second act that celebrates her beloved city opening back up.

“I try to make bangers all the time, but I think a lot of my lyrics and what I like to put out comes out very intimate and very, like chill vibes that are deep introspective songs,” says Bayli. She’s in New York (obviously), a place she’s recently moved back to after dabbling in the LA lifestyle for a few months.

But it’s neither of those cities that have inspired her latest single, ‘TELLYBAG’. Nope, it’s London. It’s Bayli’s most unapologetic banger, pulling together a drum and bass beat and the bouncy energy of Beyoncé’s comeback ‘BREAK MY SOUL’, adding in a fake British accent and a chorus line that simply goes “you’re so straight, and I’m so gay”, it’s a pride anthem that perfectly summarises Bayli’s ethos.

“I feel like everyone’s coming back outside, so we needed something that the girls can really turn up to together in the club, at a party or whatever. So it’s really cool now to be a few months later with ‘TELLYBAG’ playing at Pride, seeing everyone outside safely as a community, you know? I feel very good about how I’m flowing.”

Ditching the conceptual idea behind ‘Stories From New York’, going with the flow has been her approach to making a second EP. That showed when she dropped follow-up ‘Think of Drugs’, a melancholy track that details her upbringing in a household surrounded by drugs.

Bayli grew up in the Brooklyn neighbourhood Bed Stuy, raised by her parents, who she refers to as ‘city hippies’ – they met in a club, her dad an ‘encyclopaedia of music’, her mum moving from the UK, and a part of the punk scene – and thanks her community for giving her all her best assets.

“My parents were very artsy, cool, 80s party people. They were very free; they gave us a lot of freedom to see things for ourselves, express ourselves, try different things, which a lot of our friends around us in our community didn’t have. So I’ll always have gratitude for my parents for being that open, and letting us discover ourselves without feeling too judged.

“Obviously, there’s struggles and stuff. Like the song ‘Think of Drugs’, I talked about addiction because that was something that I experienced growing up in the household, and I think a lot of people did, so I wanted a song that reflected that. It is dark, but I think for me, too, it’s really cathartic to be a musician. There were definitely struggles, but I still have a very optimistic viewpoint, and I have so much gratitude for my parents, even with all their struggles and flaws. I think a lot of people that had tumultuous upbringings still have that gratitude and empathy with their parents.”

Adopting her musical side from both of her parents, Bayli picked up the guitar at 14, after watching the Led Zeppelin concert film The Song Remains the Same. Her parents put her and her siblings into music school, and at around 16, she signed her first deal, spawned by a video of her band at the time, The Skins, going viral. It was then that she was picked up by Rick Rubin, who’d go on to help develop her as an artist today.

“It’s a very soft, very gentle mentorship. And I’m saying that in a slightly facetious way, but I love it. He’s very hands-off. He’ll invite you to his studio, where it’s just like you focus on the music, and there’s not a lot of distractions. There’s not a lot of cell phone service; there aren’t party people. We would go there and just write and freestyle and not think about if it’s going to be for an album or for a project. And he would just kind of be around, pop his head in and be like, ‘Hey, check this out’, or ‘Ooh, I really like when you try that’, and not say this is good, or this is bad, essentially, let us as the artists find our own way.

“I think some people find that frustrating because, in life, we want real guidance, concrete answers – but he can’t tell me what to say and what I’m feeling. It was almost just like guiding artists more into their truest self and then hopefully being able to reflect it on the page in the studio.”

Alongside Rick, Bayli is one of the few artists who was able to work with hyperpop pioneer Sophie before she passed. The track they made together – the almost nine-minute ‘clown sh*t / (up the wall)’ – was Bayli’s biggest club banger until ‘TELLYBAG’ arrived.

“I honour even the small interactions that we had because we never met in person. Sophie makes you feel empowered in yourself, I think maybe it’s the thing that we’re all looking up to her for, and we’re like, oh my gosh, you’re an insane icon, but she’s so humbled and just sweet and encouraging. I think working with her is her kind of a way to say, I think you have some potential. So yes, it was very much an honour.”

This year, she’ll feature on Mura Masa’s new album ‘demon time’, on the title-track. She slides in perfectly with the rest of the record’s features, which are a compilation of pop’s most exciting outliers, Shygirl, PinkPantheress, Isabella Lovestory and more. Her second EP ‘Stories 2’ also drops later this year, and is decidedly bouncier than its predecessor, and feels more love-led than the last too. On ‘Into Me’, she’s braggadocios, she’s flaunting her other half on ‘Act Up’, and fawning over a crush on ‘Ur Mine’.

“I am an artist who tries to reflect the times and my community, and those voices that maybe we don’t hear so much in the mainstream pop worlds. I’m just literally trying to keep pace with where the world is, going with the flow. It’s definitely a roller coaster ride. It’s not as slow and steady as ‘Stories from New York’; it’s really fun.”

Bayli describes her biggest influences as ‘aliens’; those who are pressing to change the status quo, are strong women, and empowered in themselves. She notes everyone from her mum, to Lauryn Hill and Amy Winehouse, to Georgia O’Keefe as heroes. “I think that’s the type of artist that I’ve evolved into, at least right now where it’s like, I do want every single song to have a conversation that maybe is hard and uncomfortable to have, but we have to have it.” ■

Taken from the September 2022 edition of Dork, out now.