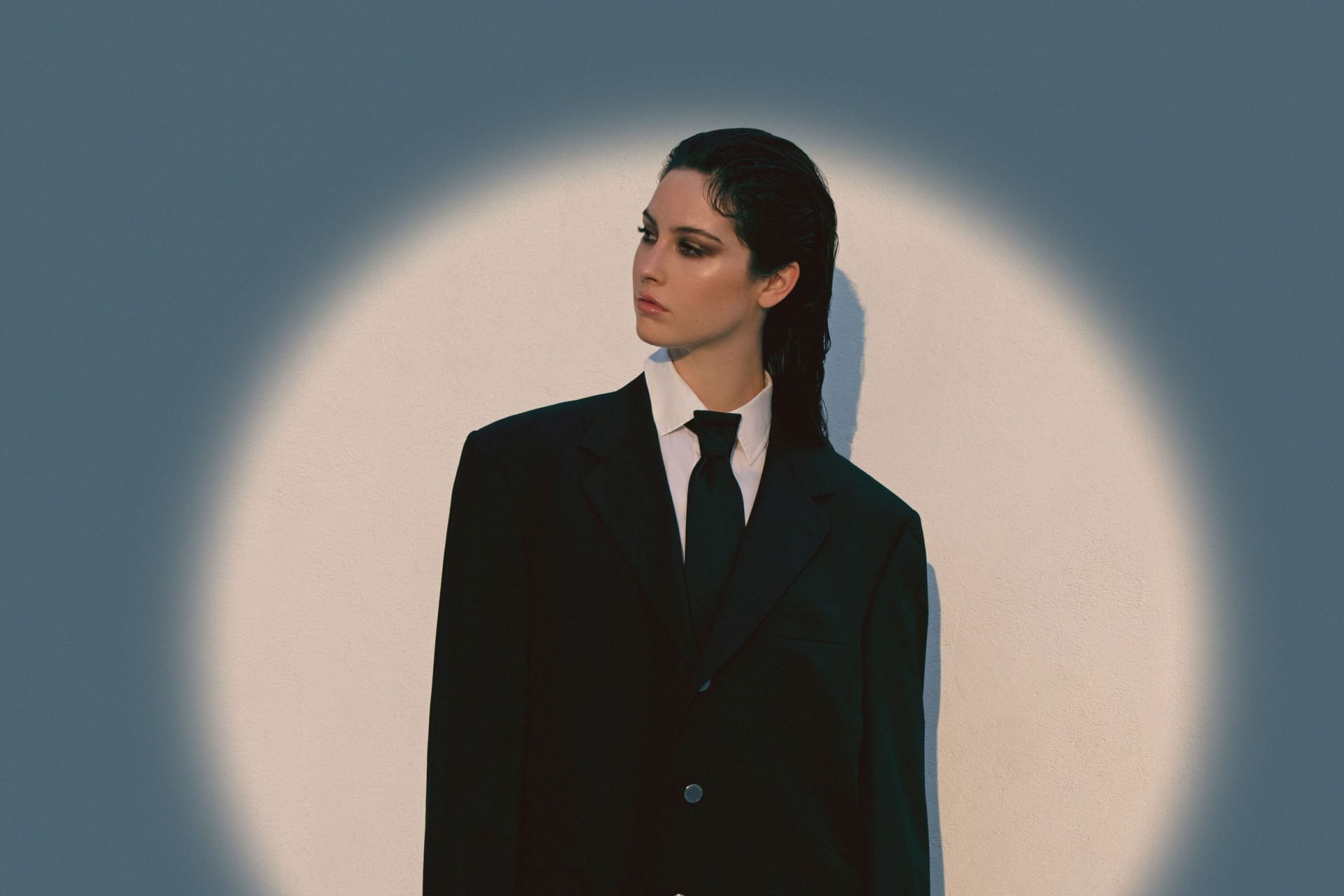 Hype List 2022: Gracie Abrams: “I want to write for as long as the people will have me.”

The daughter of Hollywood royalty, working with Aaron Dessner and making big waves, it’s all going on for Gracie Abrams.

“I’m surprised by everything all the time,” admits Gracie Abrams. And it’s hard not to empathise with an artist who’s been in the fast lane from the moment she stepped out online.

At the end of 2019, Gracie shared a beautiful but raw rendition of ‘Minor’, shot by her friend Aubrey who you can hear giggling in the background. Debut single ‘Mean It’, a fragile love song that teetered on the edge of heartbreak, followed a few weeks later, while ‘Stay’ saw Gracie surviving on the other side of a split. Debut EP ‘Minor’ came in July 2020, and across those seven tracks, Gracie explored the messy, oft-overlooked details of a breakup. ‘I Miss You, I’m Sorry’ is full of regret, ‘21’ wrestles with doubt, and ‘Friend’ finds her frustrated and fiercely let down. The emotional confusion that flickers throughout the EP spoke to a generation of people in lockdown, while the raw vulnerability gave her a timeless appeal.

Gracie had “zero expectations” when it came to ‘Minor’. “It was mid-pandemic, and I just felt lucky that it was something I could do from home.” Still, less than a year later, the tracks surpassed one hundred million streams on Spotify. Perhaps more importantly for Gracie, though, “were the people who’d write to me saying that the EP meant something to them. I genuinely did feel the presence of the people who reached out. During a period of self-isolation, that connection carried a lot of weight. It allowed me to find more of a community. I feel very lucky for that.”

Gracie Abrams didn’t always want to be a pop star. Growing up, she wanted to be a writer and started creating songs aged 8. The problem was, “I was little, so it wasn’t like anyone else was gonna sing them. So, I started singing them myself and just grew to love it.”

Joni Mitchell is her “all-time forever inspiration”, she took a lot of influence from Lady Gaga’s ‘The Fame’, and “Nina Simone playing in the house always made me feel emotional and excited.” Phoebe Bridgers gave her the same reaction in middle school. “All these incredibly powerful writers, their narratives all rocked me every time,” Gracie explains, and you can hear that throughout her music. More recently, she’s spent every day of the past three weeks listening to Mac Miller.

‘Minor’ has only been out for just over a year, but Gracie has already followed it up with ‘This Is What It Feels Like’. “I just think I felt ready to write more,” she says.

The sprawling, powerful twelve-track collection of songs has been described as a “project” rather than an album. Not because it’s not very good or that Gracie is still trying to find her voice or style. Instead, you get the sense that she wants something more theatrical and intricate than a series of brilliant songs bundled together for her debut full-length. ‘This Is What It Feels Like’ came together “in a bit of a funny way,” she explains. “[It was written] right as I was pulling myself out of a very long period of feeling not the best mentally, [and listening back to it now] I can pick up on where I was at for each song.”

Gracie believes the new project is a departure from what’s come before. “It’s sort of like big girl ‘Minor’,” she explains. The blossoming ‘Feels Like’ was written about her and her best friend “living in New York together and taking the train to see the Harry Styles fan fiction movie,” while across the record, Gracie admits she “wrote about my anxiety a lot. That feels semi nerve-wracking,” she adds.

“Whenever people seem to understand what I’m writing about, it makes me feel less alone”

While there was an element of narrative distance on ‘Minor’, it’s impossible to separate art and artists on this new project as Gracie pours her heart out. “I obviously hope that anyone who listens feels connected to it in some way,” she says. “Selfishly though, whenever people seem to understand what I’m writing about, it makes me feel less alone.”

Gracie Abrams has grown in stature and streams since ‘Minor’, and her songwriting has also progressed rapidly, with there being a real sense of purpose behind ‘This Is What It Feels Like’. Still, she never feels like things are starting to move too quickly. “It actually feels like a wildly slow burn, but that’s been good. I’ve had real time to get to know people who are nice enough to listen to my music on a personal level. I think about specific people that I’ve gotten to know from Instagram DMs when I write songs sometimes. I just think about their reactions to things.” Rather than adding to the pressure, Gracie just feels really fortunate.

While she’s quickly grown comfortable in the studio and sharing her innermost thoughts and feelings with a microphone, like most pandemic artists, Gracie hasn’t had much experience on stage in front of a crowd. She’s played a handful of festivals and headline shows but still gets nervous. “I get the feeling in my stomach ten minutes before every show, but then as soon as I’m up there, it feels like a family reunion.”

Her ambitions are somehow modest and grandiose. Then again, so are her songs. “I want to write for as long as the people will have me,” she says. “I’ll write even if they won’t have me, but still. I want to do this for the rest of my life.”

Gracie is currently answering our questions while sat in Long Pond Studio. It’s the same room where Taylor Swift recorded ‘Evermore’ and ‘Folklore’ while her collaborator (and The National’s guitarist) Aaron Dessner is sat opposite her. The pair wrote ‘Rockland’ together, another poignant track that toys with regret and relief. “That song happened really quickly,” says Gracie. “I didn’t really look at what I was writing until it was finished. I have always been into the perspective of the outsider, just having been previously involved in relationships that you aren’t in anymore.”

She’s been in the studio for most of the week, “really truly writing my favourite music I’ve ever made. I feel very full right now.”