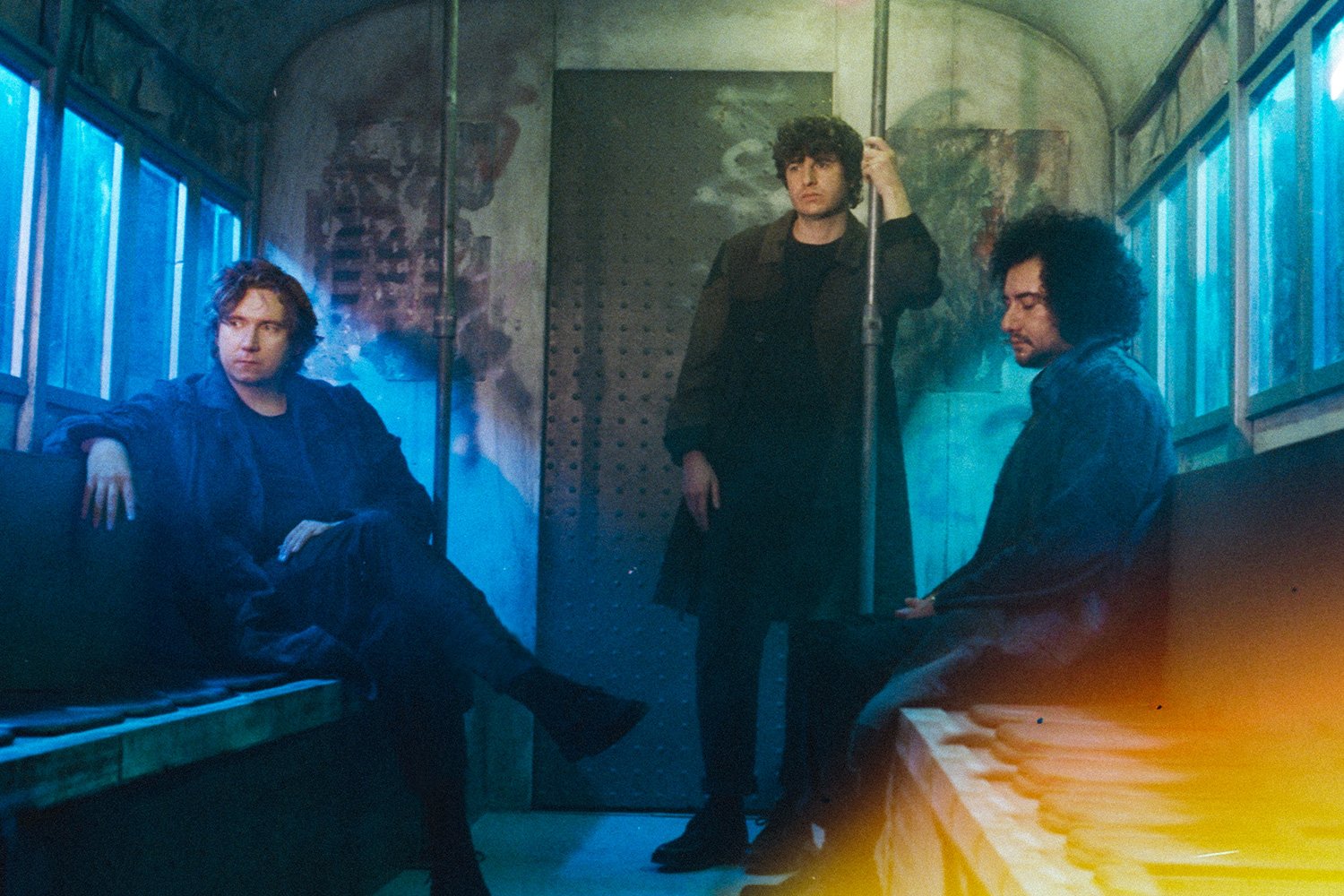 Luke Pritchard: “We’re moving into the Dolly Parton era of The Kooks“

Having just celebrated the 15th anniversary of their genre-defining debut record, it seems fitting that The Kooks are now slated to open up the 15th year of Derbyshire’s staple indie gathering, Pikehall’s very own Y Not festival. Frontman Luke Pritchard talks about their Thursday headliner announcement, bringing to life definitive youth anthems and crafting their most optimistic project yet.

Hi Luke. The Kooks are busy on tour right now, how have these anniversary shows been going?
I don’t know if it’s technically the 15th anniversary anymore, but we started with that in mind, and it’s been so cool. It’s really nice to relive the energy of those days, and it was great to play a lot of the venues that we played on the original 2006 tour.
Playing that whole album has been good timing because having had a forced couple of years off, I feel like I’ve had the time to sit and be really proud of that record, really happy with its impact and how people keep discovering it. As a musician, everyone wants to talk about their new shit, and that’s healthy as an artist, but it’s been fun to sit back down and recognize that [‘Inside In / Inside Out’] was an amazing moment, and we captured something really special on that record.

You’re playing your debut album front-to-back for its 15th anniversary, and you’re now headlining the 15th year of Y Not – do you think a healthy boost of nostalgia is key for a summer celebration?
Well, it can’t hurt! Our shows are all about the audience, and it’s hugely powerful to see people reliving their past, but then you have the younger generation who have nostalgia for a time they weren’t even around for. I feel like we’re moving into the Dolly Parton era of The Kooks – although we’re not quite there yet – and we’re comfortable with it.
I’m sure there will be a lot of people who were there for the first Y Not festival too, and for them, that’s going to be the same vibe, so it’s shaping up to be a potent experience.

“My tip for mud would be a positive mental outlook”

Have you ever been to Derbyshire, and can you share any tips on surviving the mud?
I went on an Outward Bound trip when I was a teenager, and you had to go camping with a bunch of your mates, eating cup noodles and the like – it was very beautiful. I’m pretty good with mud, though – my family have a farm on the Isle of Wight, so my uncle used to make me go out in the mornings and turf out the garlic bulbs. I’m country tough, you know. My tip for mud would be a positive mental outlook; it’s good for your health, so get out there. We’ve been indoors too long! Embrace the mud.

This will be the first fully-open festival season in a few years, but what have been your most memorable festival moments to date?
Playing the John Peel Stage for our Glastonbury secret show was a special moment which I distinctly remember for its energy, but to be honest, it’s all a bit of a blur.
Summer Sonic in Japan was a wild experience, playing in a baseball stadium. You’d see thousands and thousands of people coming in seriously suited and booted, ties on and everything, and then they’d go to locker rooms and come out in full punk outfits. We’ve had some truly surreal experiences.
I just love festivals! It feels like home, and I miss it!

Did you attend your fair share as a punter before starting in the band?
I went to quite a few… you’ve got to remember, I was 17/18 when I joined the band, so it had only been a few years of festivals before we suddenly had the golden ticket to backstage at Reading & Leeds; all of a sudden we were deep into it, but I loved it all, for sure.

“I met Kelly Jones in a toilet once; he was having a row with Liam Gallagher”

Are there any artists you’d like to catch up with at Y Not?
We know the Stereophonics guys, so I’d like to see them. I met Kelly [Jones] in a toilet once; he was having a row with Liam Gallagher. He was really nice, so I’d like to ask whether they actually had a punch up – I think they’re good friends, really.

Where do you usually spend your time at festivals then?
I like American bands like Arcade Fire and The Strokes because they always bring American footballs and all sorts of activities, they seem to love that. I’m not someone who usually just randomly walks up to people, but that’s the beauty of festivals – you get to see some amazing people that you never thought you’d meet. There’s just a good vibe; everyone is very open.

Your upcoming record is called ’10 Tracks To Echo In The Dark’ – how do these songs contrast against the classic indie anthems you belt out?
‘Echo In The Dark’ actually refers to the heartbeat of my kid because I had just found out I was going to be a dad; it’s a term that I was using to describe that feeling of life coming out of nothing. Having a baby changes shit, man. It brings some clarity.
It’s a very euphoric record. I was trying to therapize myself because we were being so oppressed by fear and madness, and it’s not just about the COVID pandemic – there are far more dangerous pandemics out there. There’s a lot of chaos, but there are also just the most incredible things going on as well.
I believe that there’s a lot of hope out there. Without being too literal on the album, I was using my imagination more because I wasn’t having as many human interactions and really trying to bring some hope to that madness. The album has come out as probably the most euphoric record we’ve done, from the sound to the lyrics.

You’ve been declared the biggest Thursday headliners in Y Not’s history! What should fans expect from this set?
We’re playing our first album the whole way through, and I hope people dig it; it’s going to be fun. We’re a band that is all about our audience, so it’s a good sing-along, but we’re obviously super cool and slinking around the stage. People who want to see us should come because they want to sing, let their hair down and lose themselves a little bit. Get nerdy.

Y Not will take place from 29th-31st July in Pikehall, Derbyshire; visit ynotfestival.com for more information. The Kooks’ album ’10 Tracks To Echo In The Dark’ is out 22nd July.