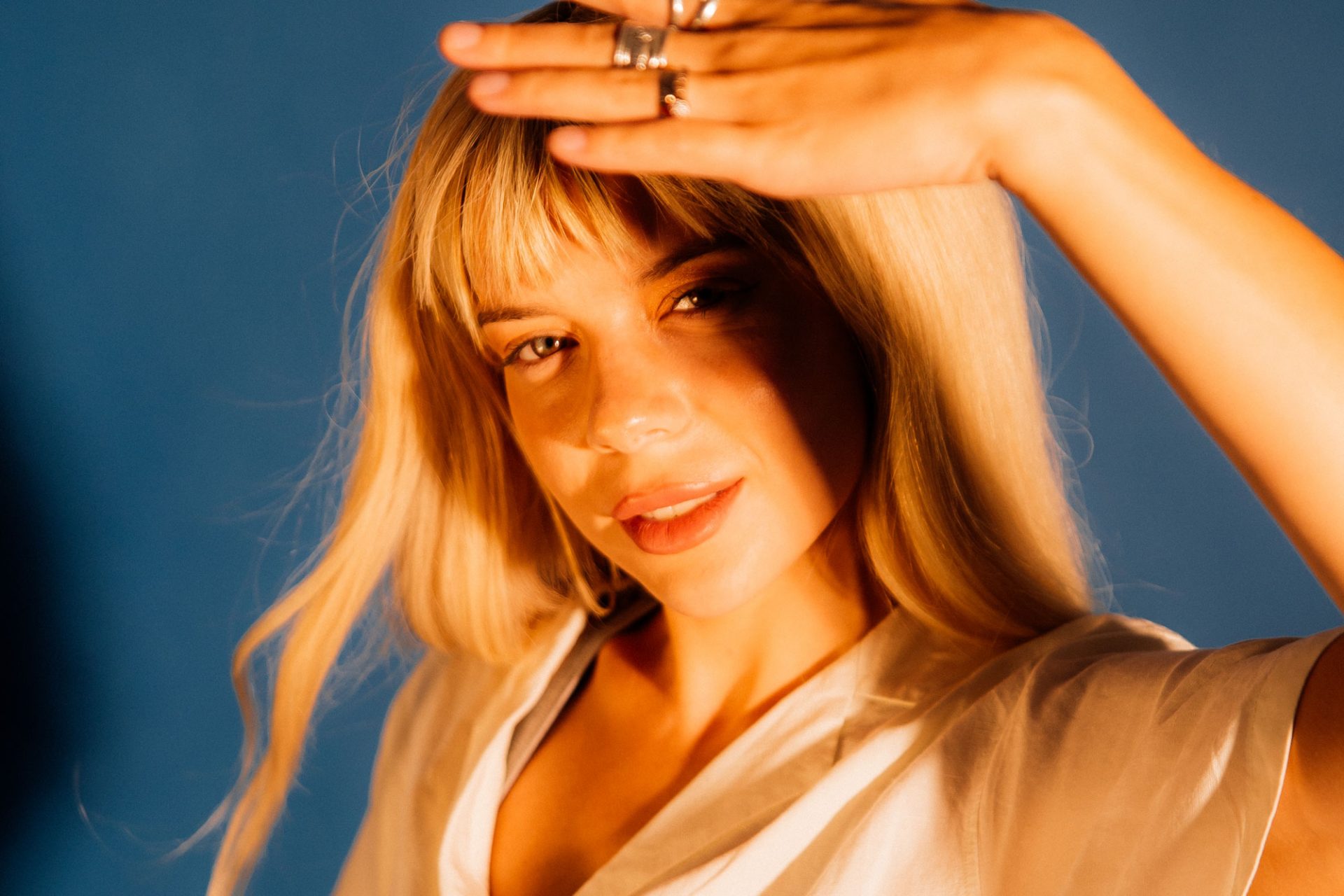 Pixey: “While the world was falling apart, mine was coming together”

Chess Club Records’ latest signee Pixey is among a long list of hugely talented artists, and she herself is certainly not one to let that reputation down.

Chess Club Records’ latest signee Pixey is among a long list of hugely talented artists, and she herself is certainly not one to let that reputation down. With introspective songwriting, elegant guitar riffs and intricate self-production leading to masterful soundscaping, Pixey provides her own indie-pop world to explore with her first EP ‘Colours’, and her recent singles ‘Just Move’ and ‘Free to Live in Colour’ tease an even more exciting release from the Liverpool starlet just around the corner.

Hi Pixey, how are you?

I’m good, thanks. How about you!? Every time I’ve got a Zoom interview, my laptop or phone suddenly decides to pack it in. Literally, every time. But I can hear you now!

Have you been able to make the most of your time in lockdown recently?

Yes actually, this one has been much busier than the previous lockdown because I’ve had band practice now that studios are open. I pissed everyone off because I didn’t do any banana bread making last time, I just couldn’t bring myself to do it, it just seemed a bit soul-destroying. I understand it as a coping mechanism; I’ve got my own. For me, it was just write, write, write, every day.

You managed to teach yourself a new instrument from home?

Yeah, that’s completely true, I’ve taken up the drums! People don’t believe me though because I can sit and play a beat and they’re like “nah, you’ve definitely been playing for ages”, but I actually just did four hours a day over lockdown! I drove everyone insane; they were all like, ‘can you please shut up?’ I feel like I’ve actually got muscles now!

And you learnt to play the guitar recently too, was music quite a late career choice for you?

It came from having an epiphany when I was ill. I felt so ill I didn’t know what was going on, and my family thought I was going to die – my temperature was so high that my organs started to fail. The first thing I thought when things weren’t looking good was that I never went to America. And the second thing was that I never did music, which I thought was such a waste! It just made me realise: why am I wasting my time, and my one shot at life, doing something that I don’t enjoy?

“I’m obsessed with plugins and tech, that’s where all my money goes!”

And you got signed to Chess Club Records this summer! 2020 hasn’t been all that bad for you, no?

That came about during lockdown funnily enough! That first lockdown was a crazy time for me. I finally realised the sound I wanted to go for and the stuff I wanted to make, so I sat down and just wrote and produced constantly. Chess Club noticed that, we had a Zoom call and it went from there. It’s been a dream come true – while the world was falling apart, mine was coming together.

How has the label been so far?

It’s the first label I’ve been on where I feel listened to but also have the freedom to do what I want. Chess Club have given me nothing but help and respect. They’re just a great label with such a great ear for music, if I do say so myself. I really have been enjoying it all so far. It would be so cool to perform alongside some of the other signees sometime, or even just meet them – they seem just like a great crowd of people.

How do you find self-production? It seems like a real learning curve!

That’s what I enjoy the most, producing. I’m obsessed with plugins and tech, that’s where all my money goes! I love being able to express different parts of myself, but having them all coming together in one solid, coherent piece of work. After doing it nearly every day for two years, I’m getting there!

Do you draw on multiple genres other than your self-described ‘indie-pop’ label?

The one thing I’ve always liked about my music is that is doesn’t necessarily fit into just one category. I love it when artists can harp from other genres in a respectful way to create something that fits their ‘world’. If you come into my world, you’re gonna get some big beats, and you’ll probably also get some inward thinking, self-deprecating, sad tunes.

Do you find that being based in Liverpool has influenced your music career much?

Yeah definitely, Liverpool always held a special place in my heart because as kids in school we’d go there all the time, and we’d sing The Beatles from a very young age, which is very interesting now that I think about it; all these Liverpudlian kids walking around singing ‘Yellow Submarine’… I knew I wanted to stay here and have no desire to go to London, Liverpool has always been the best place, in my opinion, I wouldn’t change that for the world.

Do you know lots of other musicians there?

It’s such a close-knit community here, and everybody supports each other’s gigs, so you really get to know the community around you. There’s this whole scene of upcoming women here, and I don’t feel any toxicity ay all, we’re all supportive of one another. You’ve got to set an example to those just starting out – it’s just useless to be catty.

What music has been getting you through this nightmare of a year?

I love Rina Sawayama; her albums is my pick. She’s fantastic and such a role model for me. I saw her in London when I was doing my EP photoshoot, and I was there screaming inside; I didn’t even say anything! Usually, I would, but that’s the first time I’ve been super starstruck. I’ve never had that before.

I’m sure you’re missing live music at the moment; what would be your dream gig?

This is a basic answer, but that’s because it’s the best answer; it’s not a gig, but my dream is to play Glastonbury. I’ve watched Glasto sets since I was a kid, and I only went for the first time a couple of years ago. It was just magical, before that I never really understood what the hype was about, but it’s like entering a new world, almost like you’re stepping into a video game.

Who would you want to share the stage with at Glasto then?

That’s a tough one… probably The Verve, I love them!

If you had to recommend one of your songs to listen to, which one would it be?

It would be one of the new ones! ‘Free to Live in Colour’ has everything in it; soundscapes, little guitar riffs, a bit of mood but also a bit fun. When I was writing and producing it, I was thinking of Beck; I love how there are bits in his music that you may only notice after five listens. I can’t wait for the rest of the EP to come out; I think it’ll surprise people a little bit.

Pixey’s latest single ‘Free to Live in Colour’ is out now.

Lorde has updated her profile photo on Facebook and yes, this is news

The Horrors are back with a brand new song ‘Lout’, and it’s not at all what you expect