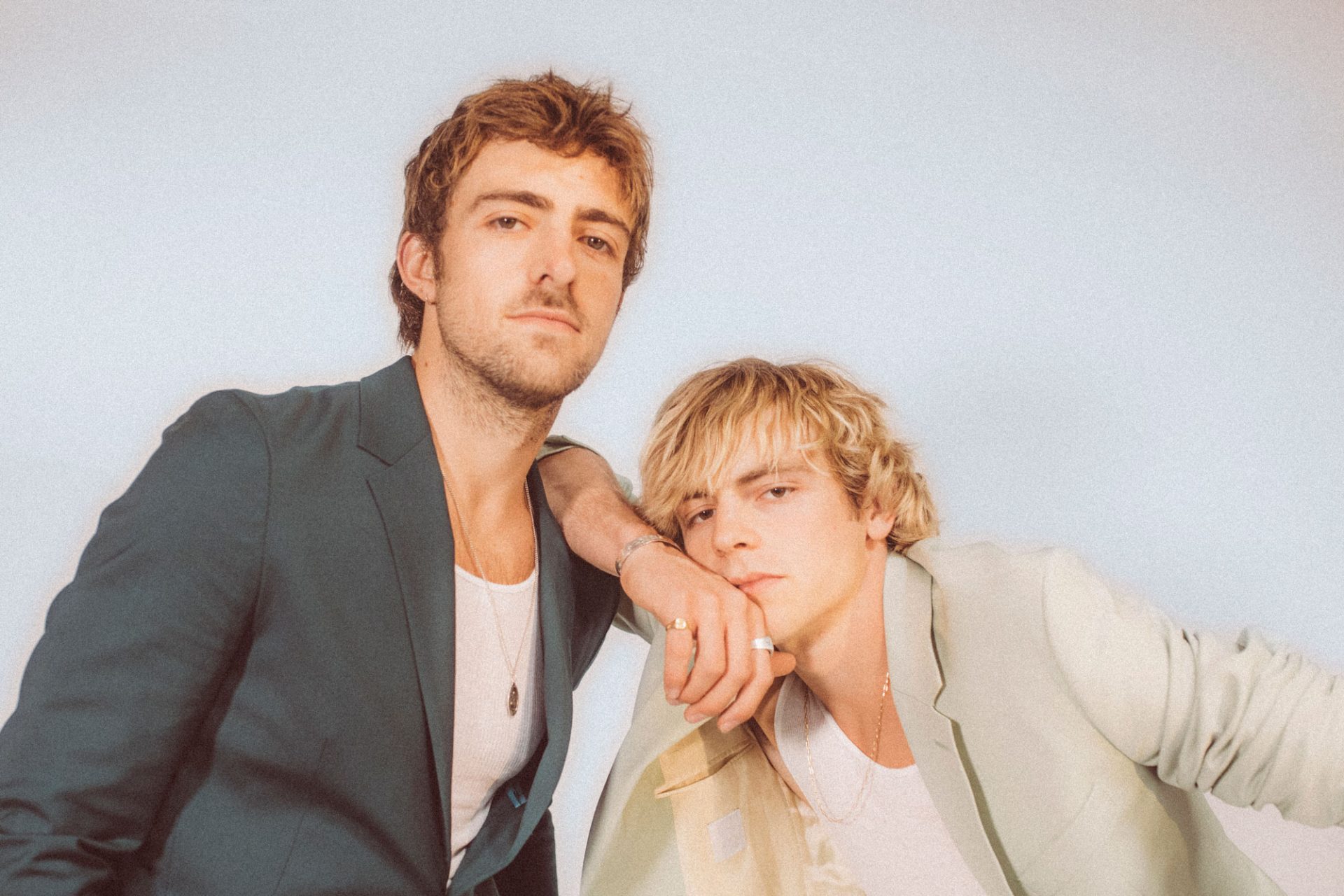 The Driver Era: “Music is a lifelong companion for us”

Ross and Rocky Lynch are back with the second album from The Driver Era, and it’s a record born from love. Aw.

“I feel like everything from The Driver Era has been from this house, right?” In the three and a half years since they made their Driver Era debut with ‘Preacher Man’, Ross and Rocky Lynch have released one studio album, three EPs, fifteen singles, and racked up an impressive 115 million streams (and counting). Now, conversing from their home in LA with the release of their second record right around the corner, the sibling duo are raring to find out what the next chapter has in store.

“We’re on the last leg of this house studio,” Rocky states, gesturing at the room around him. This is the place where the pair have forged sparks of inspiration into fan-favourite anthems. It’s the space where they’ve placed the final flourishing touches on their records. It’s the place that every song they’ve crafted as The Driver Era has passed through, at one point or another in its evolution, and now the brothers are itching to see what they create when they find themselves somewhere new.

“I definitely think where you are influences how you write,” Ross asserts. “I feel like every person is impressionable, to some degree, whether they want to admit it or not.” It’s something that the brothers hear vividly in their own music. Reflecting on the songs that make up their new record, the duo are quick to characterise early single ‘Take Me Out’. “To me, [it’s] the song of Vancouver,” Rocky describes. “That’s cool,” Ross responds, explaining, “because the whole of that song is about departing from Vancouver. That song actually holds a lot of meaning.” He pauses, then adds, “for me, at least,” and turns to his brother to continue, “and for you, at least.” Ignoring his sibling, Rocky shakes his head and deadpans, “none.”

Released last summer, ‘Take Me Out’ is one of eight singles the duo have (so far) released from their new album. Written and recorded in and out of lockdown, ‘Girlfriend’ was – at least at first – never meant to be an album at all. “I don’t think we set out to make a record initially,” Ross recalls, and Rocky is quick to agree. “We just made songs.” As the singles stacked up (beginning with the double release of ‘OMG Plz Don’t Come Around’ and ‘flashdrive’ last June), it seemed only natural that these songs found a home together.

“I think releasing an album is easier than releasing a single,” Rocky contemplates, then grins. “’Cause it’s a party!” he laughs, before returning to his train of thought. “A single is almost more of yourself. You can zoom in on it more. If you have an album, there’s so much there.” Releasing an album of singles, then, could be their way of offering the best of both worlds. The result is a record that’s as eclectic as it is electric.

Switching from amped-up dance beats to reverb-laden funk riffs and back again (while never straying too far from a good ol’ catchy chorus hook), this is The Driver Era at their most sonically freewheeling. “Anytime there’s a fresh start to a song,” Rocky describes of what makes their collaboration tick, “it’s usually because it doesn’t remind us of a single thing we’ve done. It’s unique to us.” The influences felt on this record are certainly diverse, and having let their creative instincts pave their way, the energy that flows through these songs is nothing short of natural.

A soundtrack to the pep in your step and the strut in your stride, their ability to meld different genres while retaining that distinctive pop feel is something the brothers have always prided themselves on. “We love classic things,” Ross enthuses of their influences. “Whether it’s classic music or classic fashion, it has an influence on us when we’re in the studio.” Meandering through nostalgia while retaining a sound that’s totally fresh is just one element of their charm. “I’d love to think of our music as classic,” Ross states, smile fond. “That’s honestly…” He trails off. “Maybe one day, you know?”

“I hope people feel a reflection of that love, and it makes them feel loved too”

Whatever sonic streets they venture down, what makes The Driver Era’s music so distinctly, well, Driver Era, is an innate ability to get people moving and grooving. “When we’re in the process of making music, we really try to make our songs concise and spunky,” Ross describes. “We really want to keep your attention and keep you excited throughout the track.” How do they tell if it’s a job well done? By seeing if their songs make people dance, of course. Foot tapping, hip-shaking, body swaying, that’s how we roll. “I love to dance,” Ross grins, repeating himself with enthusiasm. “I think it’s so good for people and their souls. We’re totally set on making people move and groove, for sure.”

And really, that’s what sits at the heart of it all: love. Be it for their bond and their collaboration, for the songs they create or for the fans they can’t wait to see when they tour (“it’s almost like seeing old friends – we’ve known these people for years and years now, and they keep showing up!”), love is the driving force in everything The Driver Era create. So it’s probably not a surprise to hear that emotion sitting front and centre on the new record (the album is called ‘Girlfriend’ after all).

“I think love and/or attraction between people that like each other or love each other, that tends to be what spawns our creative juices the most,” Rocky contemplates, quickly disclaiming that his description applies to their music “so far.” “If you listen to everything we’ve done in the past…” he starts as Ross nods in agreement, “most music is about that.” “Music in general is about that.”

“We pour a lot of love into anything that we make,” Ross affirms. “That’s the only reason it comes to be, or the only way it can come to be.” As the brothers ready to share ‘Girlfriend’ with the world, their hopes for the release are simple. “I hope people feel a reflection of that love, and it makes them feel loved too,” Ross expresses. It’s what draws them to the music they enjoy, making it something that’s naturally drawn out of them into the music they create.

“I think good songs do this,” Rocky describes. “Sometimes you’re listening to them, and they kind of show you a little bit of yourself, or they reveal a little more of you as the listener, you know?” The want to feel connection, to feel as if a hand has reached out and taken yours, through art, is as universal as it is humbling. “If there’s a little bit of that, that comes along with listening to ‘Girlfriend’,” he continues, “I think that would be amazing.”

Release day is still on the (near) horizon, and the brothers are already delving into creating the next thing. “Right now, we’re setting up maybe a week or two to go away and tie together some more songs,” Rocky enthuses. “Whether that’s an album, whether it’s five songs, whether we just hop out our bag and throw down 20 songs… Who knows?” As they discuss what steps to take next, the excitement in the air seems almost tangible, and the reason for that is simple – here and now, The Driver Era are at the top of their game.

“We’ve got some songs that we really feel strong about, and we’ll just keep cranking it out,” Ross grins, while Rocky agrees, “never stop never stopping.” “I really feel like music is a lifelong companion for us,” Ross continues. “So, in one way or another, we’re just going to keep the pedal to the metal, keep cranking out guitar solos, and hopefully, people will want to listen.”

Taken from the November 2021 edition of Dork, out now. The Driver Era’s album ‘Girlfriend’ is out now.