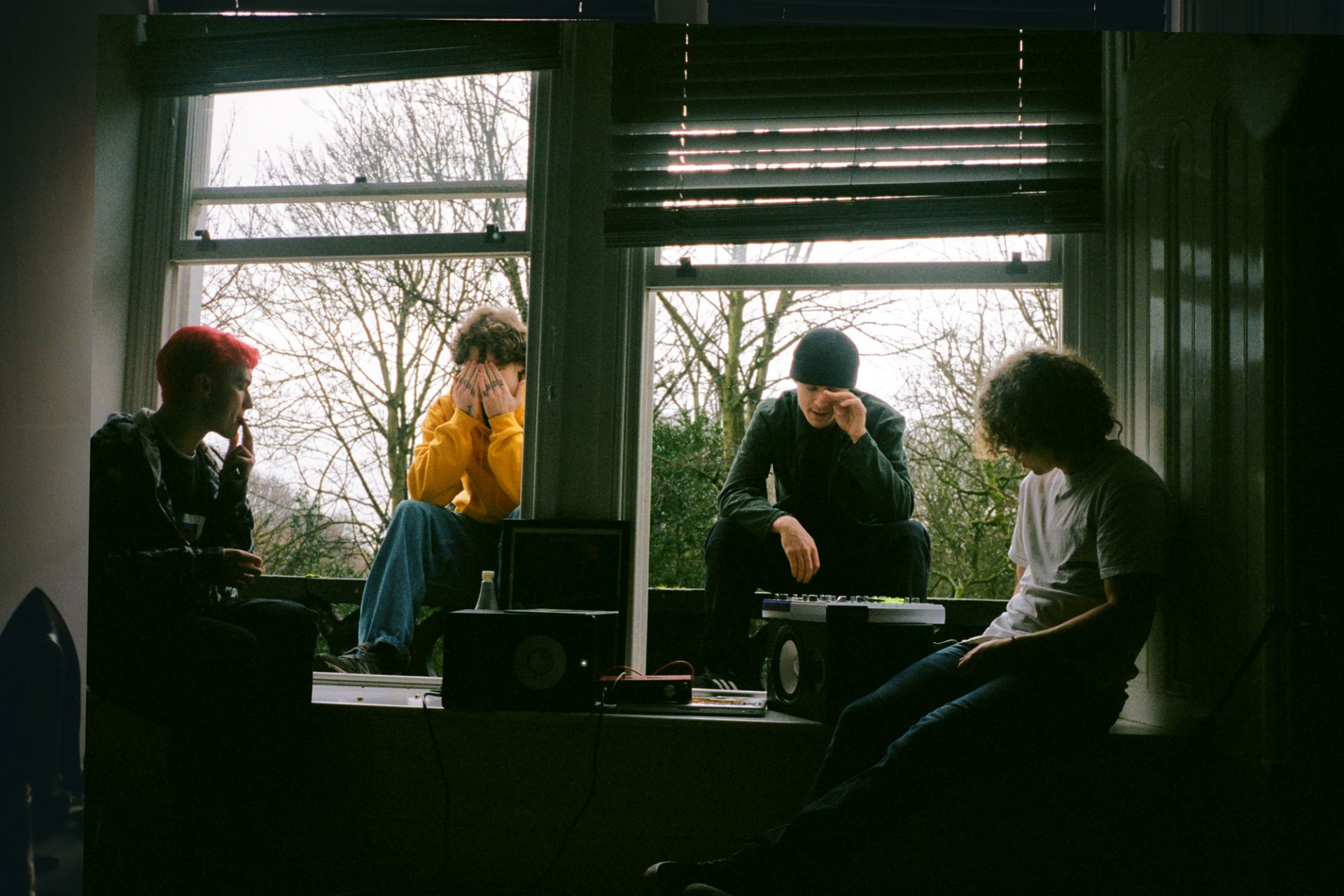 Liverpool’s The Night Café are back with a new EP, and a promise of much more from where that came from.

Scouse indie-alternative quartet The Night Café have seemingly been in hiding since their 2019 debut LP ‘0151’ laid out their chilled, jangly guitar sounds over a sprawling 18-track record. Despite the lack of live appearances, the group are now making their return with a new EP, ‘For Better Days’.

Speaking on the apparent disappearance of the band after their first record, frontman Sean Martin exclaims: “It’s mad. The album came out, and we were meant to tour it in 2019, but I suffered a vocal injury and literally couldn’t speak for more than 10 minutes without pain. I’m still rehabilitating from it now, but at least I can sing again!”

The COVID situation only exacerbated things, and, after two years away from the stage, the group are craving that euphoric feeling of performing to a live crowd. “Touring can sometimes get stressful – you don’t get much sleep and live off shit food – but having so much time away from gigging has made me really miss it,” he reveals.

The four lads have been friends since school and have gone on to play huge venues like Wembley Arena and Alexandra Palace alongside fellow Liverpudlians The Wombats. These indie-rock giants took the boys under their wing right from their modest beginnings in the city.

“The first time we toured with them, we were 17 years old, and we were not ready for it; we’d never even thought about touring! We didn’t speak to them at all; we were so nervous,” Sean reminisces. “There’s a great scene starting here in Liverpool now with some cool local bands rising up – since COVID, we’ve actually been interacting with other artists a lot more.”

Lately, the foursome have been working hard to push themselves. “While in lockdown, we’ve not had much else to do than make music, so we’ve experimented a lot. I’ve written loads of songs over the last year, but I can usually tell straight away if they’re a fit for the band. We’ve made Charli XCX-level pop tunes, drill beats, even emo-trap music.

“People listen to your band and expect a certain sound, but that shouldn’t limit the type of music you make. You build up a fan base who want to hear your established sound; they want to hear that evolve over time, sure, but then again, they don’t want to hear an indie band come out with a drill tune.”

The Night Café are clear that fan reaction will not define their careers. “If I like what I’m doing, I don’t care if anyone else likes it. That’s just a good mindset to have when you’re a creative because doubt is the cyanide of creativity – if you allow yourself to doubt your own work, it’s just never going to be good enough for you. Those thoughts can creep in, but you need to remind yourself that you’re excited about what you’re doing; that’s all that matters.”

With these insecurities out of mind, new music is finally being unleashed in the form of a four-track EP, ‘For Better Days’. On the timing of this release, Sean imparts that “this is a bridge to a different sound; some of the songs were written for the second album, but they give the same feeling as ‘0151’ did, so an EP seemed like a good idea to ease the transition. The title came from the fact that, at the time, I was feeling down and hoped that this music would help me see those happier times which were always coming.”

Opening track and lead single ‘Isn’t’ describes “a bad relationship where both people end up disliking each other, but the feeling of love is still hard to lose.” When asked whether this theme comes from personal experience, he answers: “I’ve been with my girlfriend for 7 years, so no. Writing about that type of thing… even if you’ve never been through it, it’s easy to put yourself in those shoes. This song isn’t about me, but I know for a fact that it’s about several thousand other people in the world.”

Guitar-pop and romantic lyricism is a classic combination, but this is a cliché that The Night Café are steadily leaning away from.

“Previously, I have written a lot about relationships, not because it’s easy but because it’s something that so many people experience and can relate to. ‘Addicted’ was actually written about my girlfriend, and so was truly based on my personal life. Now, though, I’m trying to grow more rather than doing stuff that I’m used to doing. I’ve changed the way I write by listening to descriptive songwriting; the story unfolds as you go along. I’m experimenting further with that, but it is a tricky thing to get right.”

“Doubt is the cyanide of creativity”

If this unfamiliar approach is the new normal for the group, then the EP certainly does provide a bridge from those appealing romanticisms to deeper, broader meanings. The second serving here, ‘Think It Over’, “is about questioning – am I at where I want to be at this point in my life? The whole point of the song is that you really need to consider those choices because sometimes your initial thoughts don’t reflect how you really feel.  It’s tied into relationships, about being with someone for so long while being so young, but the theme is also much broader than that.”

Existential crises are concealed by chilled acoustic guitars, harmonious riffs and a fast chorus, which is a technique that Sean relishes. “I find writing lyrics is very cathartic. Even my happiest tunes are me putting my feelings out there, but hiding moody lyrics under happy guitars is something I like. When you listen to music, you react to pure emotional feeling; you don’t rationalise the lyrics and meaning when you first experience a song; what you truly remember is how it makes you feel.”

The obvious evaluation and persistent revaluation of his own thoughts shows that Sean is a man who spends a lot of time in his own head; fortunately, he balances this fine line with a sense of humour. “I’m quite introverted, even more so as I’ve got older, and I never desperately wanted to be a frontman… I never wanted to be the face of something; I just wanted to make music with my mates. I didn’t even want to sing at first; I only started because we needed a singer but didn’t want anyone else to join the group!”

As for where they go from here? “It’ll sound like, us but more mature and evolved – definitely a step forward, not a step back. Everyone should keep their eyes peeled because there will be a lot more music from us soon.”