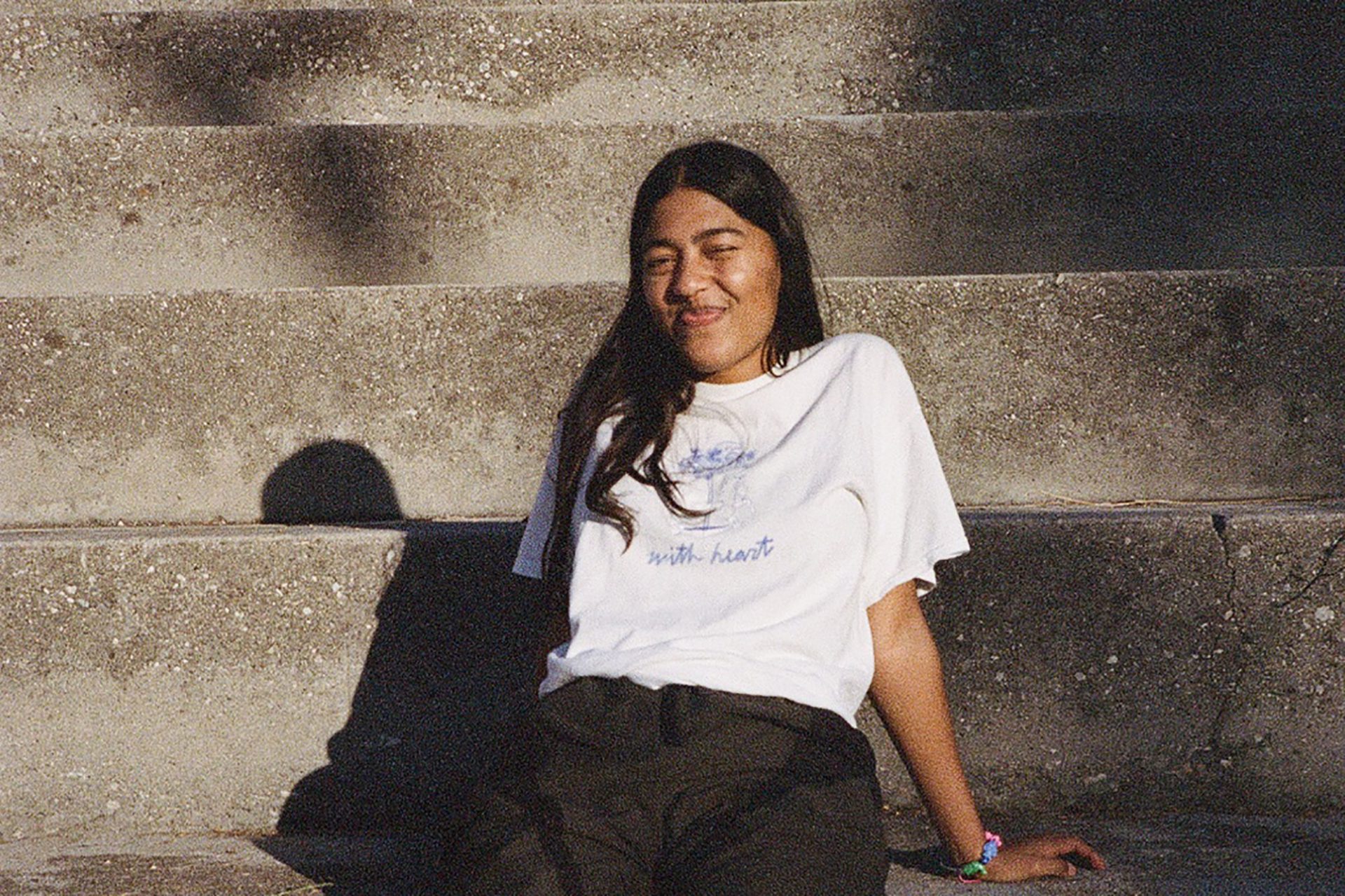 Hype List 2022: Hope Tala: “There has to be a bit of unexplainable magic”

West Londoner Hope Tala has been on our radar for a while now, but as 2022 comes around, and with co-signs like Barack Obama secured (yes, THAT Barack Obama) – it looks like her big moment is just on the horizon.

The first time we knew West London artist and all-around smart-cookie Hope Tala was a cut above, it was the summer of 2020 and we’d just been sent her new single, ‘All My Girls Like To Fight’. Seductive, confident and just a bit dangerous, to call it a statement of intent would frankly be underselling it.

We weren’t the only ones to think so, either. It saw the world – including Barack Obama?? – sit up and take notice of a brand new star in the making; one who’d not long turned down a place on a master’s program at Oxford to pursue a career in music, no less.

Having spent her 2021 on the road and in the studio, she’s going to be one to watch both during the year ahead, and beyond.

Hello Hope Tala, how’s it going? What are you up to?
It’s going good! Today I’m hoping to play some tennis and go shopping for some good vintage pieces to wear on tour.

Your 2020 EP ‘Girl Eats Sun’ was very good, it must’ve been strange having ‘All My Girls Like To Fight’ tipped by Barack Obama. Were you given a heads up that was happening, or did you find out with everyone else?
I had absolutely no idea. I found out while watching the Strictly Come Dancing final with my mum because someone commented it on one of my Instagram posts. It was the best night of my life.

It was the first song on the new version of Gossip Girl, too, right? How on earth does that feel to see happen?
It was surreal, especially because I was obsessed with Gossip Girl as a teenager. I feel very honoured that the song was given the enormous responsibility of opening the show.

Do you get loads more attention after that kind of exposure?
The nicest thing about these things for me is that my friends and family and the community around me are so proud. My old high school tweeted me such a nice message about the Obama playlist, and it’s attention like that which is the most significant to me.

How have you found working on new music during the past couple of years? Have’ world events’ impacted you much there?
My writing process has definitely changed; I’m a lot more comfortable writing at home by myself again like I did when I first started making music because of having to be inside.

What lyrical themes are you drawn to at the moment, are there any recurring topics?
I’m really into writing about my friends at the moment. I used to exclusively write songs about romantic love, but recently I’ve been interested in writing about other relationships.

What are the key elements to a good Hope Tala song, do you think?
Great chords and poetic lyricism. And there has to be a bit of unexplainable magic.

You’re out playing live in North America, right? Has heading out to play your biggest shows after a couple of years off given you a taste for it?
I’ve just done the one show so far, but I’m so excited for the rest of tour. Even before the pandemic I hadn’t played many shows as I was just getting started, so this feels so overdue! I can’t begin to describe how wonderful it was to see people singing all the words, and just to be able to experience something special and joyful in a room with lots of other people.

Have you thought much about your debut album yet?
Yes! A lot. I’ve been working on it since the beginning of this year. There’s a way to go yet, but I’m getting there!

‘Tiptoeing’ already feels to be going great guns – it started off as a Hottest Record on BBC Radio 1, right? Are you feeling the hype build now?
Getting Hottest Record on BBC Radio 1 was so crazy; I listen to Clara Amfo’s show all the time, and I’m such a big fan of hers so that support meant the world. I’m just so happy that the reception so far has been positive and that the song is making people happy.

What are Hope’s hopes for 2022? (Sorry, etc)
I’m hoping to finish and release my debut album. I definitely want to play as many live shows as I possibly can. And read lots!