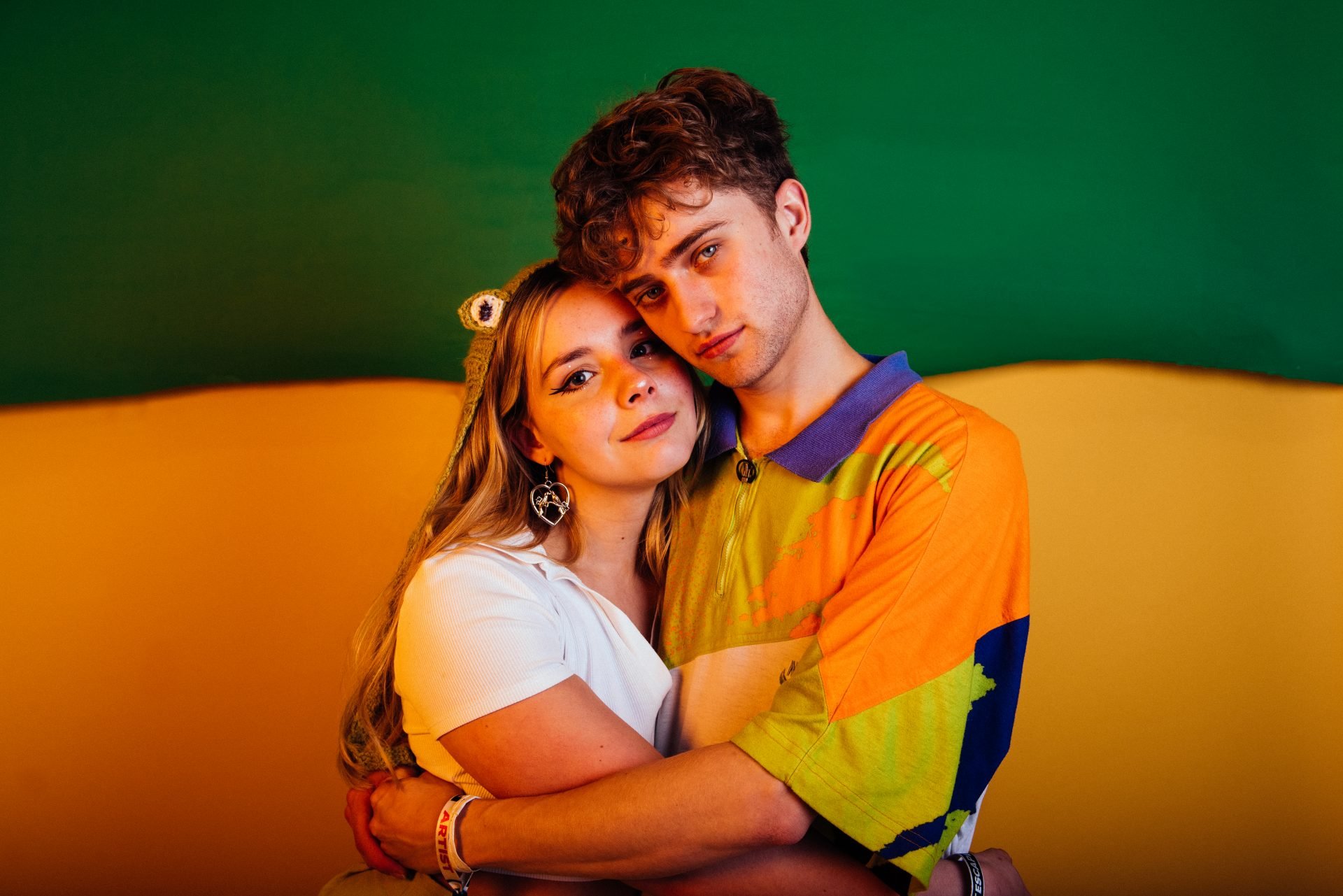 piri & tommy: “I remember when I first discovered dance music. Once you’re in, there’s no going back”

Partners both in life and in pop, piri & tommy have already kicked up a viral storm, and they’re only just getting started.

There’s a forecast for whirlwinds in the world of piri & tommy. A dizzying romance, a meteoric rise to viral fame, a daunting catapult into brand new territory – it’s safe to say things have been moving rapidly for the duo.

After a cheeky DM slide and a musical harmony discovered in the depths of a locked-down student house mid-pandemic, the pair soon found their shared adoration for dance music made them perfect partners. Born from that creative chemistry was the earworm-heavy smash ‘soft spot’ – a track that has featured as the soundtrack to over 100k TikTok videos, amassed over 12 million streams on Spotify and found in a place in the heart of the likes of Charli XCX. Not bad for one of your first releases.

“Following up ‘soft spot’ was quite stressful for me, because then I had to make something just as good as this,” tommy, aka Tommy Villiers, admits. “Suddenly, I knew loads of people would listen to this. I’d never had that pressure before in my life.”

Written, recorded, mixed and mastered all under that same roof, the pair’s self-sufficient nature clearly produces magic, but having to then share that insular process and deliver their next singles to a record label was nothing short of nerve-inducing. The release of follow-up ‘beachin’ was defined by apprehension. When millions of people have the lyrics to your first single bouncing around their heads, there’s a lot to live up to.

“We were kind of pessimistic about releasing ‘beachin’,” explains Sophie McBurnie, who goes by the moniker piri. “Both of us were really anxious about it, but people liked it. Now we’re a bit more comfortable and excited to release more. Tommy had imposter syndrome about it.”

“It was like ‘oh my god, I’m a producer now!’, like legit. That was the biggest track I’d ever released, and I’d mixed, mastered and recorded it all, so it was a big step up. Before, I’d just been in bands as a guitarist and singer. I never thought of myself as a legit producer. But now I am, I guess!” tommy laughs.

Despite the anxiety, as they step into this crazy new world, they still consistently deliver the opposite with their sound. Playful and upbeat, it’s fundamentally feel-good. Their latest single, ‘words’, is a condemning narrative around a lack of communication in a relationship, served alongside an old school garage style beat. piri’s vocals keep things carefree, never losing that insatiably danceable quality. With each release, they lean more heavily into their freeing, high-speed tendencies – it hooks you in like no other.

“I remember when I first discovered dance music. It’s honestly like once you’re in, there’s no going back; you just keep listening,” reflects tommy. “Once you find a new genre that’s a bit faster, you just have to keep going – it’s like, oh, this song is 200bpm, this will mess you up! It’s like a drug. It’s sick.”

piri jumps in: “I think it’s a product of people’s attention spans these days, and fast music just being sick, but people really seem to be digging the higher tempo. Any song sped-up on TikTok seems to do way better than the original, and obviously drum and bass has been huge, and hyperpop and breakcore.”

In many ways, the genre’s increased popularity and new trajectory are symptomatic of our TikTok tendencies – it’s seemingly a generational thing. piri + tommy have often been hailed as representing Gen Z. After whole years spent locked inside, the need to get out, dance and capture the experience in a fast-paced TikTok video is crucial, and the couple’s sound facilitates that completely. “As an artist, that’s the ideal situation,” piri ponders. “You want to make music for people like you – the fact that our generation is the one really picking up on our sound is super great for us.”

It helps, of course, that piri’s lyricism focuses on relevant, universal experiences with a no-messing-about attitude. She tells it how it is, always. The inspiration behind ‘words’ was, in fact, a rough patch in their own relationship, and it functioned as a means of expressing those frustrations and working through their issues. “I think the more real you are, and the more you express your feelings, the easier it is for people to relate,” piri explains. “Obviously, a lot of people go through it, especially young people in their relationships. There’s often a difference in maturity when you first meet, and then you grow together and understand each other. Especially in those teenage relationships, there can be a lot of communication issues – that’s one of the most important things, being able to express yourself to each other. I think it’s nice for people to be able to listen and relate to it.”

“I always learn a lot from Sophie’s songs,” adds tommy. “You can really hear someone’s side of the story. If they were going to write a song about it, they clearly feel strongly.”

They may have found themselves in turbulent times earlier on in their relationship, but the sheer adoration and respect they have for one another shines through. “You’re certainly the best person I’ve worked with,” tommy smiles at piri, who quickly agrees. It’s clear that their artistry benefits from their relationship and that innate chemistry.

“It was lucky how our strengths and weaknesses complement each other,” piri reflects. “We have very similar tastes as well, so we don’t clash a lot when we’re making music. We both get equally hyped about it.”

“We bounce ideas off each other really nicely and show each other all the music we listen to,” continues tommy. “Most of the time, if we hear something that we like, we might hear it at the same time, like in the car together.”

It’s a useful dynamic that has ultimately streamlined their creativity too – piri has her go-to producer, while tommy has a topliner for all of his beats. That deep knowledge of how the other works is evident – they’re in sync and prepared to push each other into different directions. Working in harmonic tandem has allowed them to become even more ambitious and at home with stretching their boundaries as musicians. With a debut album in the works, they’re set to become more comfortable with letting their listeners into their world, too.

“It’s all of the music we made in the first year of knowing each other – each song is a different memory or moment from that year,” hints tommy. “Yeah, you can listen to the lyrics and track the point of the relationship, what’s occurring between us at the time,” piri contributes.

“The whole album is just us two, just our names on it,” she continues. “All the writing, all the producing, all the mixing is just piri & tommy. I think it makes it the purest form for our first album. You’re letting people know: this is what we sound like. Even though we got signed, and it started to pop off a bit, it’s important not to just get swept up in that. We had a lot of ideas, and we made ‘soft spot’ ourselves – let’s just do the rest ourselves.”

As they bounce between different subgenres of dance and revitalise the movement through irresistible hooks and beats, each release is a high-speed thriller. Thankfully, piri & tommy are showing no signs of slowing down. ■

Taken from the July 2022 edition of Dork, out now.

The Vaccines: “Ultimately, kids have the best taste in music”