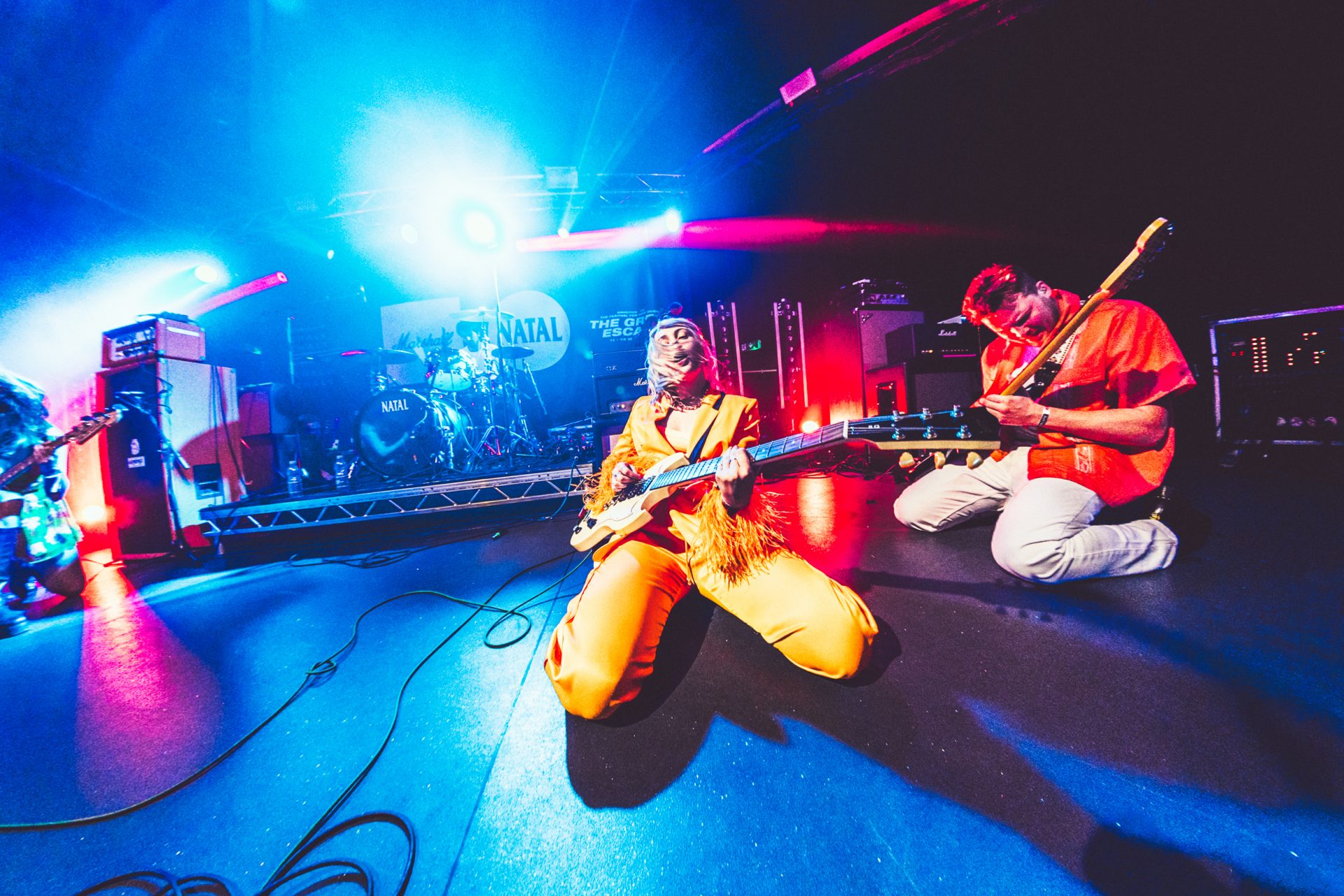 This Saturday (1st October), Manchester is taken over by Neighbourhood Festival.

With the best in indie and alternative music dominating many of the city’s illustrious venues across the day, there are quite literally loads of names to check out. In order to make the job a bit easier, we’ve picked out ten potentials for you to add to your schedules.

We – obviously – have even more than this to suggest, though. With our own Dork stage at Gorilla (details here), there are countless other musical titans to catch. For now though, make sure you don’t miss any of the below.

With a new album out early next year, The Murder Capital are shaping up to be one of the very best bands currently ‘at it’. Developing into something far more arty and brilliant than even their hugely impressive first album suggested, recent track ‘A Thousand Lives’ hints at what ‘Gigi’s Recovery’ might offer up in January. A preview with their special guest appearance on Dork’s stage at Gorilla is one not to miss.
5:00pm @ Gorilla (Dork Stage)

After successfully getting the release of their new album ‘Burn The Empire’ brought forward, The Snuts will be hitting Manchester in a full sprint for Neighbourhood. Bangers everywhere, they’re a band at the very height of their powers. This could be big.
9:15pm @ Albert Hall

The biggest compliment we can pay Sundara Karma, is that we never know quite what to expect. Shifting identity and ideas between records like prime pop chameleons, none of it is ever less than show-stoppingly brilliant. As one of the big bands on the bill, they’ll be bringing their A-game.
4:15pm @ O2 Ritz

Dork’s favourite metaphorical pop stepchild Lauran Hibberd has already won over the masses with her debut album ‘Garageband Superstar’. Catchy, scuzzy and just the right level of pleasingly daft, she’s every inch a musical prodigy created in our ideological image. Head down to Gorilla, and be indoctrinated.
6:10pm @ Gorilla (Dork Stage)

Indie’s boy wonder Alfie Templeman is on the move. With debut album ‘Mellow Moon’ out in the world, he’s already talking about the stylistic shifts he intends to make in the future. The thing is, no matter where he decides to point his sails, there’s little doubt the results will be brilliant. What a guy.
5:45pm @ O2 Ritz

With her new track ‘Lazy’ just dropped, it’ll be a miracle of Bella even bothers to show up. Though contractually, we’re forced to stress that she will. Promise. ‘The bit’ aside, with a debut album on the cards next year, we presume, Baby Queen is already one of the hottest potential pop stars operating out of the UK right now. You don’t skip out on that.
8:00pm @ Academy 2

Lovejoy might be opening Dork’s stage at Gorilla, but by all the modern metrics, they might also be the biggest band at the whole festival. With followers, subscribers and likes falling out of every available orifice, they may have found their fame through other means (look it up yourself), but in band terms, they are no slouches. Drawing influence from the likes of the beloved Los Campesinos!, they’re packed with the exuberance and brilliance of youthful indie. A genuine moment is on the cards here.
12:00pm @ Gorilla (Dork Stage)

If you’re starting your 2023 tip lists early, you could do far worse than stick Dylan down on your game card. A rock star making pop, a pop star who can do rock – whichever way you flip the coin, Dylan is every bit the icon. Get in there now, and come next year, you’ll be able to tell everyone else you were there first.
9:10pm @ Academy 2

And while we’re at it, most of the above also applies to STONE. The Liverpool band are that most pleasing of creatures – a gang who do everything perfectly right. Brash, bold and brilliant, they’re already winning over some influential fans. That momentum will only grow.
7:00pm @ Canvas

Dork’s new enfant terribles, Courting’s debut album ‘Guitar Music’ is an addictive treat – one they’ll be bringing live to Neighbourhood this weekend. Unpredictable in the best possible way, they’re everything great about modern music stuck in a blender and chugged down in one. In what way does that not sound like a perfect day out?
9:00pm @ Deaf Institute