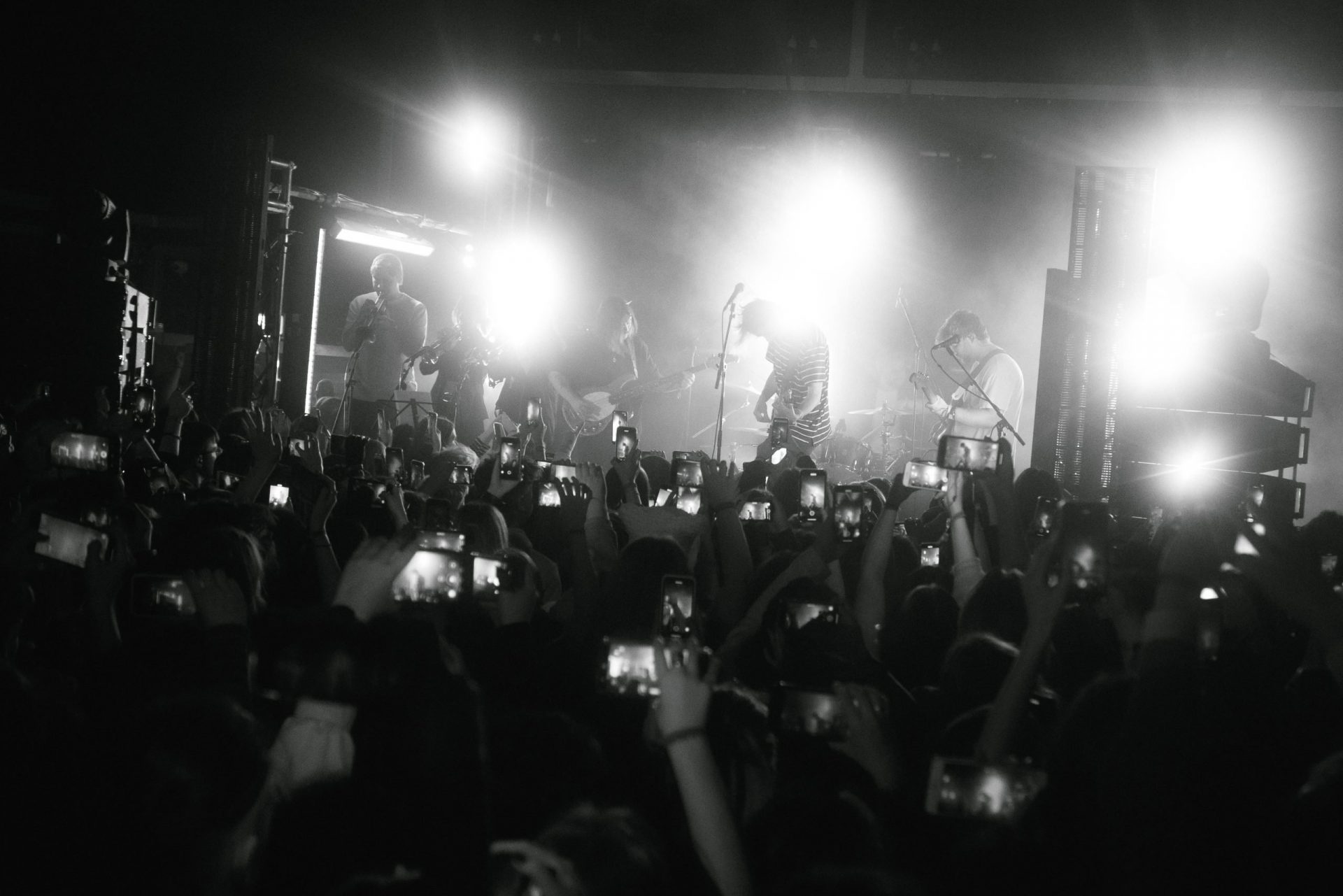 The Murder Capital, Lovejoy, The Dinner Party and more bring the mayhem to Neighbourhood Festival

If there’s one question that Manchester’s Neighbourhood Festival grabs with both hands and makes sure you get an answer for, it’s ‘what’s next?’. A living, breathing jukebox of new music playlists, Dork favourites and standout discoveries alike – Neighbourhood 2022 embraces every direction, brought together for a melting pot of new music goodness.

It’s the sort of festival that plays perfectly for those ‘I was there’ moments. Opening up not only the Dork Stage at Gorilla but basically the festival itself, Lovejoy are phenomenon the world needs to catch onto fast. Led by frontman Wilbur Soot, what first exploded with a feverish online fanbase is now front and centre live – today’s set notably their first outside of Brighton. Snaking queues across the city prove it, and from the moment they kick off a frenzied set – it’s nothing short of emphatic. Drowned-out singalongs, pogoing masses and arena-sized screams welcome a group who already stand out from the pack. ‘You’ll Understand When You’re Older’ and ‘It’s All Futile! It’s All Pointless!’ are but two examples of a band already creating their own distinct world – and with another roadblock gig at the festival in the books for later in the day, Lovejoy’s blend of mid-00s Los Campesinos-styled indie-pop has them primed to be THE band of a whole new wave.

The rumours are indeed true. The Dinner Party are another new band you need to have on your radar right now. Taking to the upstairs stage at YES, their show and sound can’t be pinned down. Swaggering glam-pop that hops between Kate Bush, post-punk, 80s new wave – hell, even that feeling of the classic that could be anywhere between modern Arctic Monkeys and the Grease soundtrack. What underpins it is this sense that music can be a show and serious at the same time. ‘The Feminine Urge’ shines as a banger in waiting, like today is a preview of how encompassing they are about to become. This is the band a hell of a lot of people have been waiting for, and it’s going to be a glorious ride.

Hopping from venue to venue, you get a full look at the sheer eclectic nature of ‘the scene’ right now. At Deaf Institute, Eli Smart produces one of the most feel-good sets of the day – blending bluesy-rock and blazing guitar licks with an all-encompassing vibe that feels like you’ve walked into the greatest bar in town. Likewise, Sundara Karma bring the sort of emphatic afternoon headline set that reminds you just how special a band they are. The former Dork cover stars’ eye for exploring and pushing against the expected is unstoppable – ‘Flame’ in particular beckoning a singalong that can be heard down the street. Their next step is not only hotly anticipated but also unpredictable.

Commanding sheer presence from the very start, The Murder Capital‘s Special Guests slot on the Dork stage at Gorilla is a thrilling ride through an already rich discography that makes them a band like no other. Delving into the depths of darkness and the highs of release in equal measure, it’s on the live stage they become untouchable – storming an opening one-two of ‘More, More, More’ and ‘Green & Blue’ that grips Gorilla in the palm of their hands. If there were any midday fans lagging in the energy department, The Murder Capital take on that challenge to have them reborn with a set that wears emotion firmly on their sleeves. ‘For Everything’ and ‘Don’t Cling To Life’ erupt, but it’s the looks at what comes from second album ‘Gigi’s Recovery’ that make today feel even more essential.

“We’re usually in Gorilla, so to see you all here is amazing,” proclaims Alfie Templeman, overseeing a packed O2 Ritz enraptured with every tone and groove he makes. Settling in as the evening begins, it’s a feel-good set full of nothing but bangers. ‘Broken’, ‘Obvious Guy’, ‘3D Feelings’ – the list goes on. At Neighbourhood, it’s a pure celebration from start to finish – not only with a stacked O2 Ritz beaming, but Alfie and the band, too. Lauran Hibberd, meanwhile, serves up a glorious cocktail of crunch alt-pop. Uncompromising and immediate, she takes to the Dork stage like a second home – the likes of ‘Average Joe’, ‘Bleugh’ and ‘How Am I Still Alive?’ are met with the glorious anthem status they deserve to hold. Whatever you’re feeling at that very moment, it’s impossible to leave a Lauran Hibberd set anything but rejuvenated and tonight is no exception.

Over at Canvas, STONE are hellbent on slinging what they do best. There’s no moment to pause – it’s nothing short of a takeover that makes you wonder how STONE were ever not on your favourite new music party playlist. Just one listen to their bulldozing new single signifies their intentions – this isn’t just a band content with having a good time; they want to grab you in the pit of your stomach and make you feel. What can we say about Priestgate that we haven’t said before? A live tour-de-force – check. A band that will pull you into their every move – check. An experience that revels in turning the intimate moments into the grandest – check. It’s all of that and more downstairs at YES. One listen to ‘Eyes Closed For The Winter’, ‘By The Door’, and ‘Bedtime Story’ says it all. They’re real, raw and ready.

In the past six months, Baby Queen has toured with global superstars, soundtracked a smash TV show, and continued to drop banger after banger – and that megastar status is undeniable the moment she steps on stage tonight. A jam-packed Academy is taken for a journey through the Baby Queen world – ‘Buzzkill’, ‘Raw Thoughs’ and ‘Wannabe’ lighting fuses here, there and everywhere. But, it’s latest drops ‘Nobody Really Cares’, ‘Colours Of You’ and ‘Lazy’ that define the ambition of where Baby Queen is heading. More than anything, tonight’s turn at Neighbourhood is proof that it’s coming sooner than you think.

Dylan’s already shaking things up with storming bangers and big show moments alike. Rounding out Neighbourhood, it’s a widescreen rock star showcase of the highest order. Effortlessly show-stopping, tonight is a chance for Dylan to not only seize the crowd gathered but also point to the huge smashes to come. The erupting reception that greets ‘Girl Of Your Dreams’, ‘You’re Not Harry Styles’, ‘No Romeo’ and ‘Nothing Lasts Forever’ says it all – and what really nails it is that the fact when every tune drops it already feels like a classic you’ve known for years. Teases at tracks such as ‘Home Is Where The Heart Is’ showcase just how broad upcoming mixtape ‘The Greatest Thing I’ll Never Learn’ looks to be, moving from stripped-back to euphoric across a stunning closing set. Through it all, there’s that air that what Neighbourhood is witnessing is an artist firmly storming ahead – and as a way to close out a full festival day across Manchester, it’s a jaw-dropping statement.

So what’s next, you’re asking? Where do we begin?