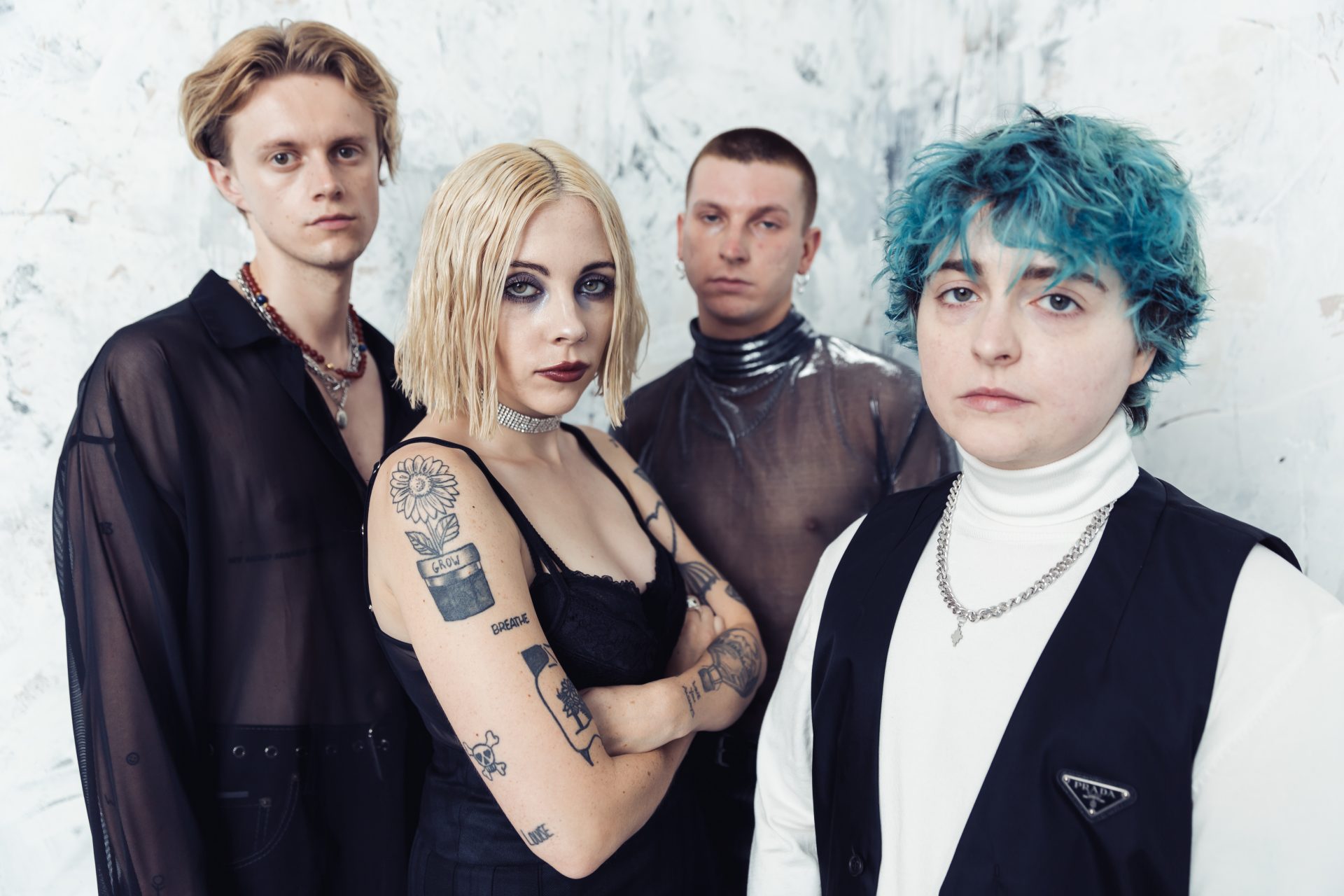 Pale Waves are the latest cover act to be revealed for the new issue of Dork, set to land this Friday, 12th August.

This month, we’re bringing you five special variants of our monthly magazine – each with exclusive extra content for your chosen cover act. We’ll be revealing one every weekday in the run-up to its release. On Friday, we showed you the first cover, featuring 5 Seconds of Summer, and on Monday we let you know about our Yungblud-fronted edition. Now, it’s Pale Waves’ turn.

Returning to the cover of Dork for a record fourth time (well done, guys), the band are about to drop their new album ‘Unwanted’ imminently, an in-your-face, pop punk odyssey that sees them returning to heavier roots.

“I think the moment where ‘Unwanted’ started was the pandemic,” admits Heather Baron-Gracie. “We were sitting at home and just knew we wanted to make an album. We didn’t want to wait like we had before. It was all about utilising this time and getting into a studio while still trying to figure out everything going on to start writing and recording. I knew once things began to get back to normality, we would be right back on the road again. This was our opportunity.”

You can pre-order the Pale Waves edition of this issue of Dork right now here, or subscribe and get the print edition sent directly to your door every month here. We’ll be revealing the fourth cover on Wednesday, 10th August at 3pm BST, with the full issue line-up dropping on Thursday, 11th August. Orders will start shipping from Friday, 12th August.

If you wish to pre-order the 5SOS edition of this issue of Dork, you can do so right here, or pre-order the Yungblud edition here.