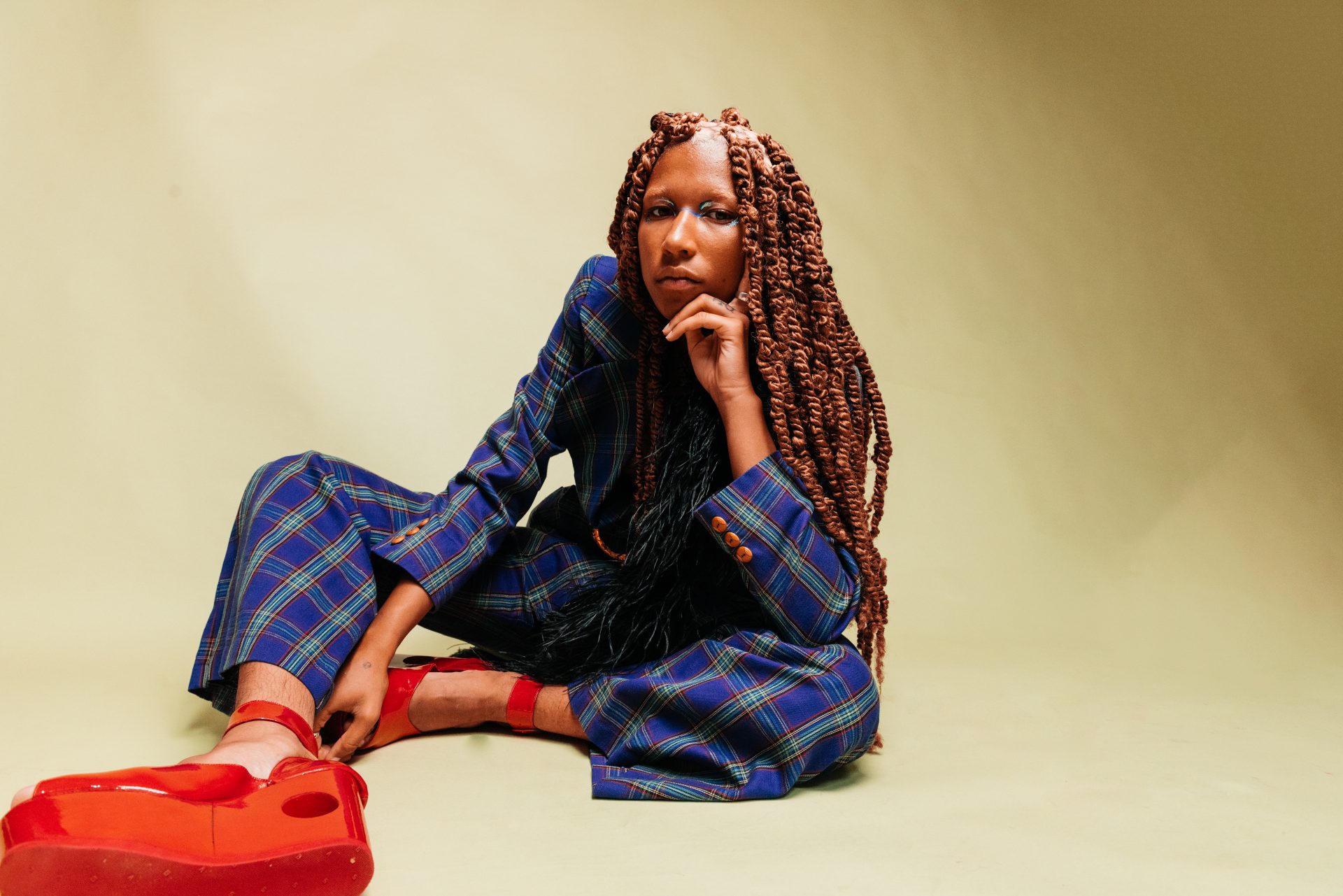 Lava La Rue is the latest cover act to be revealed for the new issue of Dork, set to land this Friday, 12th August.

This month, we’re bringing you five special variants of our monthly magazine – each with exclusive extra content for your chosen cover act. We’ll be revealing one every weekday in the run-up to its release. On Friday, we showed you the first cover, featuring 5 Seconds of Summer. On Monday, we let you know about our Yungblud-fronted edition, and yesterday, it was Pale Waves’ turn.

Scoring their first Dork cover, Lava is a creative mastermind behind some of the most exciting sounds currently bubbling out of the UK’s underground.

From their solo material – including the brilliant new EP ‘Hi-Fidelity’ – to their role as a founding member of the magnificent NiNE8 Collective, there are few artists as prolific right now. Add to that their work under the Lavaland banner, including videos for the likes of Wet Leg, and it’s hard to imagine anything they couldn’t do.

“The idea of an album is definitely calling me,” says Lava. “I think it’s time.”

For now, though, the ‘Hi-Fidelity’ EP is a supremely satisfying teaser. “This project makes the Lava La Rue sound a lot clearer,” they add. “The music moving forward will be an expansion of that. I’m glad I haven’t released an album until now because I was a kid just trying to get my bearings and get the right resources around me. If I had made an album two or three years ago, it wouldn’t have been fully formed because I didn’t have what I needed. Now is the right time. It feels authentic. It feels me. It represents many elements of my identity, both who I am, where I’m from and how I feel. It makes sense to me.”

You can pre-order the Lava La Rue edition of this issue of Dork right now here, or subscribe and get the print edition sent directly to your door every month here. We’ll be revealing the fifth cover and the full issue line-up on Thursday, 11th August. Orders will start shipping from Friday, 12th August.